“When I got an inocul

“When I got an inoculation, it was like a shot in the arm.”

Houdini Baby Makes Great Escape From Gate - For this baby, the great escape is just a daily routine. - link to page video is posted initially.

A robust-looking gentleman ate a fine meal at an expensive restaurant and topped it off with some Napoleon brandy, then he summoned the headwaiter. "Do you recall," he asked pleasantly, "how a year ago, I ate just such a repast here and then, because I couldn't pay for it, you had me thrown into the gutter like a common bum?"
"I'm very sorry sir..." began the contrite headwaiter.
"Oh, it's quite all right," said the guest, "but I'm afraid I'll have to trouble you again..."

Two men, sentenced to die in the electric chair on the same day, were led down to the room in which they would their maker. The priest had given them last rites, the formal speech had been given by the warden, and a final prayer had been said among the participants.

The warden, turning to the first man, solemnly asked, "Son, do you have a last request?" To which the man replied, "Yes sir, I do. I love dance music. Could you please play the Macarena for me one last time?" "Certainly," replied the warden.

He turned to the other man and asked, "Well, what about you, son? What is your final request?" "Please," said the condemned man, "kill me first."

Funny Photo of the day - Watching football game from a shade Watching football game from a shade - Do they move with the Sun? | Source : Jokes of The Day - By Jokes of the day visitor

An old-time pastor was riding furiously down the road, hurrying to get to church on time. Suddenly, his horse stumbled and threw him to the ground.Lying in the dirt, his body wracked with pain, the pastor called out, “All you angels in heaven, help me get up on my horse!”With extraordinary strength, he leaped onto the horse’s back—and fell off the other side.From the ground again, he called out, “All right, just half of you angels this time!”
#joke
Joke | Source: Belief net - Joke of the day, features on religion, spirituality, faith 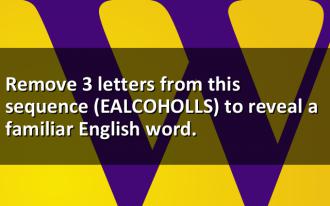 There were these twin sisters...

There were these twin sisters just turning one hundred years old in St. Luke's Nursing Home and the editor of the Cambridge rag, "The Cambridge Distorter," told a photographer to get over thereand take the pictures of these 100 year old twin bitteys.
One of the twins was hard of hearing and the other could hear quite well.
The photographer asked them to sit on the sofa and the deaf one said to her twin, "WHAT DID HE SAY?"
He said, "WE GOTTA SIT OVER THERE ON THE SOFA!" said the other.
"Now get a little closer together," said the cameraman.
Again, "WHAT DID HE SAY?"
"HE SAYS SQUEEZE TOGETHER A LITTLE." So they wiggled up close to each other.
"Just hold on for a bit longer, I've got to focus a little," said the photographer.
Yet again, "WHAT DID HE SAY?"
"HE SAYS HE'S GONNA FOCUS!"
With a big grin the deaf twin shouted out, "OH MY GOD - BOTH OF US?"

It's paralyzing being a germaphobe; lots of places are really paralyzing to me. Laundromats have these baskets on wheels -- some guy will come in with a big bag of disgusting laundry, put it in the basket, move it into the washer. And I'm supposed to take my clean laundry out of the dryer, put it in that exact same basket. I don't mind something having a dual purpose but can't it be like, 'What's that big green box over there?' 'Oh that's a dumpster and we also use that to store soup.'
#joke
Joke | Source: Comedy Central: Jokes - Jokes provided daily from Comedy Central's archive.

So I was having lunch with Bob

So I was having lunch with Bobby Fischer, the former world chess champion, and the table had a checkered tablecloth.
It took him two hours to pass the salt!
#joke #short
Joke | Source: A joke a day - Free Jokes of the Day Clean Funny Jokes via Email, Humor and Entertainment

This woman wouldnt let me hold her baby the other day because she said I was too drunk. First of all, dont bring your baby into the bar. And second of all, if Im drinking malt liquor on a playground, I call that a bar.
#joke #short
Joke | Old joke from joke of the day archives - Check out other old jokes Wednesday, 01 February 2012

This joke was reprinted from "Laugh Yourself Healthy" by Charles and Frances Hunter, with permission of Strang Communications. Copyright 2008. All rights reserved.

He actually said this to me; hes like, Hey man, you got to be careful. Theres a lot of women that have an Asian fetish. Well, what do you mean? Theyll have sex with you just cause youre Asian. Arent you offended? Uh, Ill be offended after my orgasm.
#joke #short
Joke | Old joke from joke of the day archives - Check out other old jokes Tuesday, 01 February 2011

Who Should Make the Coffee?

A man and his wife were having an argument about who should brew the coffee each morning.
The wife said, "You should do it, because you get up first, and then we don't have to wait as long to get our coffee."
The husband said, "You are in charge of the cooking around here so you should do it, because that is your job, and I can just wait for my coffee."Wife replies, "No, you should do it, and besides it says in the Bible that the man should do the coffee."
Husband replies, "I can't believe that! Show me."
So she fetched the Bible, and opened the New Testament and showed him at the top of several pages, that it indeed says, "HEBREWS."

Three bulls heard via the grap...