The Ultimate Computer stood at the end of the Ultimate Computer Company's production line. At which point the guided tour eventually arrived.
The salesman stepped forward to give his prepared demo. 'This,' he said, 'is the Ultimate Computer. It will give an intelligent answer to any question you may care to ask it.'
A smart-aleck who ran a humor mailing list stepped forward and asked, 'Where is my father?'
There was the soft hum of powerful electronic gear going to the task. Panel lights lit and blinked, and within a couple of seconds the laser printer printed out a piece of paper: 'Fishing off Florida.'
The smart-aleck laughed, 'Actually, my father is dead! It was a trick question.'
The salesman, quickly thinking on his feet, replied that he was sorry the answer was unsatisfactory, but as the Ultimate Computer was precise, perhaps a rewording of the question might work better.
The smart-aleck said to the Ultimate Computer, 'Where is my mother's husband?' Again, the hum of the powerful electronic brain filled the room.
After a moment, the laser printer whirred to life. The paper said, 'Dead. But your father is still fishing off Florida.'

“My wife wants our da

“My wife wants our daughter to marry a stable guy. How about the jockey or better yet the groom?”

"What's the matter with Smith

"What's the matter with Smith? Got lumbago or spinal curvature or something?"
"No, he has to walk that way to fit some shirts his wife made for him."

A woman met her husband at the train station after work for the ride home. He looked haggard, so she asked, "Rough day?"

"You bet it was," he groaned. "Our computers were down, and we had to think all day long."


Here are some of the submissions of actual comments, notices, and statements coming out of different companies:
As of tomorrow, employees will only be able to access the building using individual security cards. Pictures will be taken next Wednesday and employees will receive their cards in two weeks. (This was the winning entry; Fred Dales at Microsoft Corporation )
What I need is a list of specific unknown problems we will encounter. (Lykes Lines Shipping)
How long is this Beta guy going to keep testing our stuff? (Programming intern, Microsoft IIS Development team)
E-mail is not to be used to pass on information or data. It should be used only for company business. (Accounting Mgr., Electric Boat Company)
This project is so important, we can't let things that are more important interfere with it. (Advertising/Mktg. Mgr., UPS)
Doing it right is no excuse for not meeting the schedule. No one will believe you solved this problem in one day! We've been working on it for months. Now, go act busy for a few weeks and I'll let you know when it's time to tell them.(R&D Supervisor, Minnesota Mining & Manufacturing/3M Corp.)
My boss spent the entire weekend retyping a 25-page proposal that only needed corrections. She claims the disk I gave her was damaged and she couldn't edit it. The disk I gave her was write-protected. (CIO of Dell Computers)
Quote from the boss: "Teamwork is a lot of people doing what 'I' say." (Mktg. executive, Citrix Corporation)
My sister passed away and her funeral was scheduled for Monday. When I told my boss, he said she died so that I would have to miss work on the busiest day of the year. He then asked if we could change her burial to Friday. He said,"That would be better for me." (Shipping Executive, FTD Florists)
We know that communication is a problem, but the company is not going to discuss it with the employees. (AT&T Lone Lines Division)
We recently received a memo from senior management saying, This is to inform you that a memo will be issued today regarding the subject mentioned above." (Microsoft, Legal Affairs Division)
One day my boss asked me to submit a status report to him concerning a project I was working on. I asked him if tomorrow would be soon enough. He said, "If I wanted it tomorrow, I would have waited until tomorrow to ask for it!" (New Business Mgr., Hallmark Cards)
As director of communications, I was asked to prepare a memo reviewing our company's training programs and materials. In the body of the memo one of the sentences mentioned the "pedagogical approach" used by one of the training manuals. The day after I routed the memo to the executive committee, I was called into the HR Director's office, and was told that the executive VP wanted me out of the building by lunch. When I asked why, I was told that she wouldn't stand for "perverts" (pedophiles?) working in her company. Finally he showed me her copy of the memo, with her demand that I be fired, with the word "pedagogical" circled in red. The HR Manager was fairly reasonable, and once he looked the word up in his dictionary and made a copy of the definition to send to my boss, he told me not to worry. He would take care of it. Two days later a memo to the entire staff came out, directing us that no words which could not be found in the local Sunday newspaper could be used in company memos. A month later, I resigned. In accordance with company policy, I created my resignation letter by pasting words together from the Sunday paper. (Taco Bell Corporation)

Moses was sitting in the Egyptian ghetto. Things were terrible. Pharaoh wouldn't even speak to him. The rest of the Israelites were mad at him and making the overseers even more irritable than usual, etc. He was about ready to give up.Suddenly a booming, sonorous voice spoke from above: "You, Moses, heed me ! I have good news, and bad news."Moses was staggered. The voice continued: "You, Moses, will lead the People of Israel from bondage. If Pharaoh refuses to release your bonds, I will smite Egypt with a rain of frogs.""You, Moses, will lead the People of Israel to the Promised Land. If Pharaoh blocks your way, I will smite Egypt with a plague of Locust.""You, Moses, will lead the People of Israel to freedom and safety. If Pharaoh's army pursues you, I will part the waters of the Red Sea to open your path to the Promised Land."Moses was stunned. He stammered, "That's...that's fantastic. I can't believe it! But what's the bad news?""You, Moses, must write the Environmental Impact Statement."
#joke
Joke | Source: Belief net - Joke of the day, features on religion, spirituality, faith 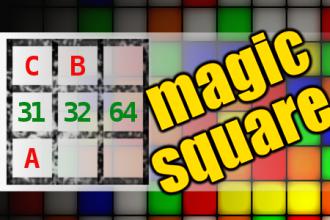 Politicians can be rather tick

Politicians can be rather ticklish, when they're up for a lick shin.
#joke #short
Joke | Source: Pun Gents - Daily Jokes, One-liners, Groaners, Puns of the day :: Puns on Demand :: Punshine Girls and Boys!

You have two choices in life:

You have two choices in life: You can stay single and be miserable, or get married and wish you were dead.
At a cocktail party, one woman said to another, Aren't you wearing your wedding ring on the wrong finger?" Yes, I am. I married the wrong man."
A lady inserted an 'ad' in the classifieds: "Husband Wanted". Next day she received a hundred letters. They all said the same thing: "You can have mine."
When a woman steals your husband, there is no better revenge than to let her keep him.
A woman is incomplete until she is married. Then she is finished.
A little boy asked his father, "Daddy, how much does it cost to get married?"
Father replied, "I don't know son, I'm still paying."
Young son: "Is it true Dad, that in some parts of Africa a man doesn't know his wife until he marries her?"
Dad: "That happens in every country, son."
Then there was a woman who said, "I never knew what real happiness was until I got married, and by then, it was too late."
If you want your spouse to listen and pay strict attention to every word you say, talk in your sleep .
Just think, if it weren't for marriage, men would go through life thinking they had no faults at all.
First guy: "My wife's an angel!"
Second guy: "You're lucky, mine's still alive."
Women will never be equal to men until they can walk down the street with a bald head and a big gut, and still think they are attractive to the opposite sex.

Husband and wife are waiting at the bus stop with their nine children. A blind man joins them after a few minutes. When the bus arrives, they find it overloaded and only the wife and the nine kids are able to fit onto the bus.
So the husband and the blind man decide to walk. After a while, the husband gets irritated by the ticking of the stick of the blind man as he taps it on the sidewalk, and says to him, "Why don't you put a piece of rubber at the end of your stick? That ticking sound is driving me crazy."
The blind man replies, "If you would've put a rubber at the end of YOUR stick, we'd be riding the bus ... so shut up."

Two skeletons were discussing their girlfriends.

"I think Bonnie is cheating on me."

"What makes you think that?"

I actually keep a dreamcatcher above my bed. But then, just to be fair, I keep a picture of my dad next to it so that I can have a dreamcrusher there as well.
#joke #short
Joke | Source: Comedy Central: Jokes - Jokes provided daily from Comedy Central's archive.