A motorcycle patrolman was rus...

A motorcycle patrolman was rushed to the hospital with an inflamed appendix. The doctors operated and advised him that all was well.
However, the patrolman kept feeling something pulling at the hairs on his chest. Worried that it might be a second surgery the doctors hadn't told him about, he finally got enough energy to pull his hospital gown down enough so he could look at what was making him so uncomfortable.
Taped firmly across his hairy chest were three wide strips of adhesive tape, the kind that doesn't come off easily. Written in large black letters was the sentence: "Get well quick ..... from the nurse you gave a ticket to last week."

The Russians Preparing for a cyber Attack

The Russians Preparing for a cyber Attack
#joke
Joke | Source: Friars Club - For over 25 years the Sunshine Committee has been providing entertainment, companionship and love to children's and senior citizens centers in the NY area.

My love for small sunbaked rod

An eccentric billionaire wanted a mural painted on his library wall,so he called in an artist. Describing what he wanted, the billionairesaid, "I am a history buff, and I would like your interpretation ofthe last thing that went through Custer's mind before he died. I amgoing out of town on business for a week, and when I return I expectto see it completed."
Upon his return, the billionaire went to the library to examine thefinished work. To his surprise he found a painting of a cow with ahalo. Surrounding this there were hundreds of Indians in variousstages and different positions of making love. Furious he called theartist in.
"What the hell is this?" screamed the billionaire.
"Why that's exactly what you asked for," said the artist smugly.
"No! I didn't ask for a mural of pornographic filth, I asked for amural of the interpretation of Custer's last thoughts!"
"And there you have it," said the artist, "I call it, 'Holy cow lookat all those f*cking Indians!'"

It's raining out there!

A woman was having a daytime affair while her husband was at work. One rainy day she was in bed with her boyfriend when, to her horror, she heard her husband's car pull into the driveway.

'Oh my God - Hurry! Grab your clothes and jump out the window. My husband's home early!'

'I can't jump out the window. It's raining out there!'

'If my husband catches us in here, he'll kill us both!' she replied. 'He's got a hot temper and a gun, so the rain is the least of your problems!'

So the boyfriend scoots out of bed, grabs his clothes and jumps out the window! As he ran down the street in the pouring rain, he quickly discovered he had run right into the middle of the town's annual marathon, so he started running along beside the others, about 300 of them.

Being naked, with his clothes tucked under his arm, he tried to blend in as best he could. After a little while a small group of runners who had been watching him with some curiosity, jogged closer.

Do you always run in the nude?' one asked.

'Oh yes!' he replied, gasping in air. 'It feels so wonderfully free!'

Another runner moved a long side. 'Do you always run carrying your clothes with you under your arm?'

'Oh, yes' our friend answered breathlessly. 'That way I can get dressed right at the end of the run and get in my car to go home!'

Then a third runner cast his eyes a little lower and asked, 'Do you always wear a condom when you run?' 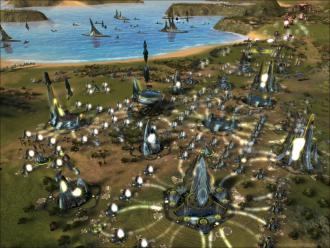 TEACHER: Why are you late? <

TEACHER: Why are you late?
STUDENT: Well, because class started before I got here.

Three police officers were standing in line at the Pearly Gates.Saint Peter asked the first officer, “What did you do with your life?”“I was a police officer,” he responded.“What kind of police officer?” Saint Peter asked.“I was a vice officer. I kept drugs off the streets and out of the hands of kids.”“Welcome to heaven. You may end the gates.”He asked the second man what he did as a police officer.“I was a traffic officer,” said the man. “I kept the roads and highways safe.”“Welcome to heaven. You may enter the gates.”He asked the third man what he did as a police officer.“I was a military policeman, sir,” replied the man.“Wonderful! I’ve been waiting for you all day!” replied Saint Peter. “I need to take a break! Watch the gate, will you?”
#joke #policeman
Joke | Old joke from joke of the day archives - Check out other old jokes Friday, 27 January 2017