When my son graduated from high school, he had to give a speech. He began by reading from his prepared text.
'I want to talk about my mother and the wonderful influence she has had on my life,' he told the audience. 'She is a shining example of parenthood, and I love her more than words could ever do justice.'
At this point he seemed to struggle for words. After a pause, he looked up with a sly grin and said, 'Sorry, but it's really hard to read my mother's handwriting.'

A college football coach was h

A college football coach was holding tryouts for the team one day, and a huge, hulking freshman showed up on the field and said he'd never played football, but he'd like to give it a shot.
"Can you tackle?" asked the coach. The freshman looked around and spotted a telephone pole at the edge of the field. Without any delay or any padding, he charged smack into the pole, shattering it to splinters.
"Wow," said the coach. "I'm impressed! Can you run?"
"Sure," said the freshman. He took off and dashed from one end of the field to the other and back, faster than anyone the coach had ever seen.
"That's great!" said the coach. He tossed a ball to the young man and asked, "Do you think you can pass a football?"
The freshman turned the ball over in his hands, hesitating for a few seconds, and shrugged. "Well, sir," he said, "If I can swallow it, I can probably pass it!"

“Oncology is the stud

“Oncology is the study of car horns.”

Funny Photo of the day - One spoon a day One spoon a day - Should be enough | Source : Jokes of The Day - By Jokes of the day visitor

After three years of marriage,

After three years of marriage, Kim was still questioning her husband abouthis lurid past.
"C'mon, tell me," she asked for the thousandth time, "how many women haveyou slept with?"
"Baby," he protested, "if I told you, you'd throw a fit".
Kim promised she wouldn't get angry, and convinced her hubby to tell her.
"Okay," he said, "One, two, three, four, five, six, seven - then there'syou - nine, ten, 11, 12, 13.."

A couple with three children waited in line at San Francisco's Pier 41 to purchase tickets for a boat trip to Alcatraz. Others watched with varying degrees of sympathy and irritation as the young children fidgeted, whined, and punched one another. The frazzled parents reprimanded them to no avail. 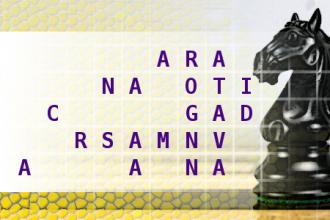 
Hello, this is Death. I am not in right now, but if you leave your name and number, I'll be right with you.

Feeling listless, I bought some expensive "brain-stimulating" pills at the health food store. But it wasn’t until I got home that I read the label.
"This is just rosemary extract," I complained to my husband. "I can’t believe I spent all that money for something that I have growing wild in the yard!"
"See?" he said. "You’re smarter already."
#joke
Joke | Source: A joke a day - Free Jokes of the Day Clean Funny Jokes via Email, Humor and Entertainment

A beautiful woman loved growing tomatoes, but couldn't seem to get her tomatoes to turn red. One day, while taking a stroll, she came upon a gentleman neighbor who had the most beautiful garden full of huge red tomatoes.

The woman asked the gentlemen,"What do you do to get your tomatoes so red?" The gentlemen responded, "Well, twice a day I stand in front of my tomato garden naked in my trench coat and flash them. My tomatoes turn red from blushing so much."
Well, the woman was so impressed; she decided to try doing the same thing to her tomato garden to see if it would work. So twice a day for two weeks she flashed her garden hoping for the best.
One day the gentleman was passing by and asked the woman, "By the way, how did you make out? Did your tomatoes turn red?"
No", she replied, "but my cucumbers are enormous."

A young man couldn’t decide which girl to marry. He liked one girl, but he really liked another one named Maria, too. He decided to ask his friend for advice. “How do you make important decisions?” he asked his friend. “Well, I go to church,” replied his friend. “Then I look up and pray and usually the answer just comes to me.”The young man decided to try just that. He went to church, looked up to pray, and the answer was written in gold above a stained-glass window.It said: AVE MARIAFrom "The Book of Church Jokes," published by Barbour Publishing, Inc., Uhrichsville, Ohio. Copyright 2009. Used by permission of Barbour Publishing, Inc.
#joke
Joke | Old joke from joke of the day archives - Check out other old jokes Monday, 30 January 2017