“I collect vintage time pieces. When I see one I like at online auction, I put it on my watch list.”

As a older man was driving down the freeway, his car phone rang. Answering, he heard his wife's voice urgently warning him, "Herman, I just heard on the news that there's a car going the wrong way on route 290. Please be careful!"


Please hang up now if you would want to speak to Johan. Otherwise, please stay on the line to leave him a message.

A homeless guy asked me for a dollar the other day. And I was like, 'A dollar? How about 76 cents? Because that's how much a lady hobo would make doing the same job.'
#joke #short
Joke | Source: Comedy Central: Jokes - Jokes provided daily from Comedy Central's archive. 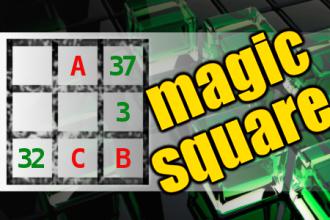 A teacher at a polytechnic col...

A teacher at a polytechnic college reminded her pupils of tomorrow's final exam.
"Now listen to me, I won't tolerate any excuses for you not being here tomorrow.
I might consider a nuclear attack or a serious personal injury, illness, or a death in your immediate family, but that's it, no other excuses whatsoever!"
A smart-arsed chappie at the back of the room raised his hand and asked, "What would happen if I came in tomorrow suffering from complete and utter sexual exhaustion?"
The entire class was reduced to laughter and sniggering.
When silence was restored, the teacher smiled knowingly at the student, shook her head and sweetly said, "Well, I suppose you'd have to write the exam with your other hand".

Three Jewish mothers are sitting on a bench talking about how much their sons love them. Sadie says, "You know the Chagall painting hanging in my living room? My son, Arnold, bought that for me for my 75th birthday. What a good boy he is; he loves his mother." Minnie says,"You call that love? You know the Mercedes I just got for Mother's Day? That's from my son Bernie. What a doll." Shirley says "That's nothing. You know my son Stanley? He's in analysis with a psychoanalyst in Harley Street. Five session a week. And what does he talk about? Me."
#joke
Joke | Old joke from joke of the day archives - Check out other old jokes Thursday, 09 March 2017

This guy goes into a pharmacy

What does that one do?

A man entered a pet shop, wanting to buy a parrot. The shop owner pointed out three identical parrots on a perch and said, "The parrot to the left costs 500 dollars."

"Why does that parrot cost so much?" the man wondered.

The owner replied, "Well, it knows how to use a computer."

The man asked about the next parrot on the perch.

"That one costs 1,000 dollars because it can do everything the other parrot can do, plus it knows how to use the UNIX operating system." Naturally, the startled customer asked about the third parrot.

"And what does that one do?" the man asked.

The owner replied, "To be honest, I've never seen him do a thing, but the other two call him boss!"

#joke
Joke | Old joke from joke of the day archives - Check out other old jokes Tuesday, 12 May 2015