In Star Wars, what do terroris

Declaration To Annex The British Isles to the USA

July 6, 2017
To the imperialist British colonizers.

Footnote: Resistance is futile. Just ask Hawaii. By the way, Ireland and Scotland should be separate states. They have entirely different cultures and languages from the Norman fops. To avoid supporting third world countries and welfare states (the reason for NOT annexing Mexico), Canada, Australia, New Zealand, should become independent nations. The Falkland Islands should become an 'American Protectorate' like Puerto Rico, Samoa, The Philippines, Guam and other places that are neat to vacation. America should take back Hong Kong immediately.

#joke #doctor #lawyer #beer
Joke | Source: Friars Club - For over 25 years the Sunshine Committee has been providing entertainment, companionship and love to children's and senior citizens centers in the NY area.

“If you see cattle we

“If you see cattle wearing shin pads then you know they are on a weight loss program to reduce grazing.”

Two guys are out hiking. All of a sudden, a bear starts chasing them.
They climb a tree, but the bear starts climbing up the tree after them. The first guy gets his sneakers out of his knapsack and starts putting them on.
The second guy says, "What are you doing?"
He says, "I figure when the bear gets close to us, we'll jump down and make a run for it."
The second guy says, "Are you crazy? You can't outrun a bear."
The first guy says, "I don't have to outrun the bear. I only have to outrun you."
#joke
Joke | Source: jokes warehouse - Animal jokes, Blonde jokes, doctor jokes, drunk jokes and jokes of the day

A guy is walking down the street with his friend. He says to his friend, "I'm just a walking economy."

His friend replies, "What do you mean?"

"It's like this: My hairline is in recession, my stomach is a victim of inflation, and the combination of these factors is putting me into a deep depression.


A cannibal joke
What did the cannibal say to the explorer?
''Nice to meat you''!

A cannibal joke
Why was the cannibal fined$50 by the judge?
He was caught poaching!

A ghost joke
What do ghosts dance to?
Soul music!

A demon joke
What do demons have for breakfast?
Devilled eggs!

A Halloween joke
Why did the ghost go trick or treating on the top floor?
He was in high spirits!

A skeleton joke
What is a skeletons favourite drink?
Milk - it's so good for the bones!

A werewolf joke
Why shouldn't you grab a werewolf by it's tail?
It might be the werewolf's tail but it could be the end of you! 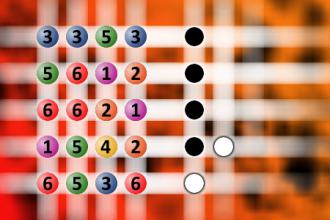 A bishop, a priest, and a deacon, were about to be executed for preaching the Gospel in a foreign land. They bring out the bishop first and the guard shots, “Ready… aim…” and suddenly the bishop yells, “EARTHQUAKE!” When everyone looks around, the bishop runs off. Next they bring out the priest. They guard shouts, “Ready… aim…” and suddenly the priest yells, “TORNADO!” When everyone ducks, the priest runs off. By then, of course, the deacon had it figured out. They bring him out and when the guard shouts, “Ready… aim…,” suddenly the deacon yells, “FIRE!”
#joke
Joke | Old joke from joke of the day archives - Check out other old jokes Tuesday, 21 March 2017

The passengers were leaving th...

The passengers were leaving the plane after landing, and one smiling, satisfied passenger paused to congratulate the flight attendant.
"Stewardess," he said happily, "I want to compliment you and the crew and especially the captain for getting here right on time. It's not often that an airline gets to where it's going exactly when they claim it will. I'm going to call your home office and let them know how pleased I am."
"Why, thank you, sir," the flight attendant answered, "but I think you should know something ... this is yesterday's flight."

They like the part where the hooker gives the money back.

When Jane reached the checkout counter, she learned that one

of her items had no price tag. Imagine her embarrassment when

As if that was not bad enough, somebody at the rear of the

In a business-like tone, a voice boomed back over the

intercom, "Do you want the kind you push in with your thumb

or the kind you pound in with a hammer?"


Q: What looks like half a cat?
A: The other half!

Q: What was the name of the film about a killer lion that swam underwater?

Q: What do you get if you cross a tiger with a sheep?

A: A stripey sweater!

Q: How does a lion greet the other animals in the field?

Q: What do you get if you cross a tiger with a snowman?

Q: What did the lions say to his cubs when he taught them to hunt?

A: 'Don't go over the road till you see the zebra crossing.'
Q: What is lion's favorite food?

It was the middle of the night...

It was the middle of the night. Suddenly there was a loud rapping on the doctor’s door, followed by a groan. The doctor angrily thrust his head out of the window. “WELL?” he shouted.
“No,” moaned the man. “Sick.”

L.A. is a very confusing place, only place I know where you can have, simultaneously, a drought and a flood. Every time you watch the weatherman, he goes, Rained all day, didnt help the drought. Back to you, Tom. I got news for you, folks. If water doesnt solve your drought, youre screwed.
#joke #short
Joke | Old joke from joke of the day archives - Check out other old jokes Tuesday, 06 July 2010