“Do you know why exec

“Do you know why executioners never take on apprentices? They always get a head of themselves.”

If you live beneath a sewer, y

If you live beneath a sewer, you are destined for grateness.
#joke #short
Joke | Source: Pun Gents - Daily Jokes, One-liners, Groaners, Puns of the day :: Puns on Demand :: Punshine Girls and Boys!

A young couple drove several miles down a country road, not saying a word. An earlier discussion had led to an argument, and neither wanted to concede their position.

As they passed a barnyard of mules and pigs, the husband sarcastically asked, "Are they relatives of yours?"

Brian Regan: You, Too 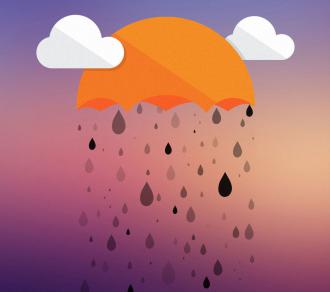 Which musician band has an album with a cover as in the picture?
CHECK ANSWER
Brain Teasers, puzzles, riddles, mathematical problems, mastermind, cinemania...

Paddy was making his first vis

Paddy was making his first visit to a hospital where his teenage son was about to have an operation. Watching the doctor's every move, he asked, "What's that?"
The doctor explained, "This is an anesthetic. After he gets this he won't know a thing."
"Save your time, Doc," exclaimed Paddy. "He don't know nothing now."

On his birthday, Chuck Norris ...

On his birthday, Chuck Norris randomly selects one lucky child to be thrown into the sun.
#joke #short #chucknorris
Joke | Old joke from joke of the day archives - Check out other old jokes Thursday, 14 July 2011

A man meets a woman at a bar and asks her

"Would you have sex with me for 10 million dollars?"

Without skipping a beat she screams

The man then asks

She looks at him sideways and says

"We've already established that you are, now we're just negotiating."

A small town prosecuting barrister called his first witness to the stand in a trial - a attractive middle aged lady. He approached her and asked, "Ms. Jones, do you know me?"

She responded, "I do know you Mr. Leigh. I've known you since you were a young boy. And frankly, you've been a big disappointment to me. You lie, you cheat on your wife, you manipulate people and talk about them behind their backs. You think you're a rising big shot when you haven't the brains to realise you never will amount to anything more than a two-bit paper pusher. Yes, I know you."

The lawyer was stunned. Not knowing what else to do he pointed across the room and asked, "Mrs. Williams, do you know the defence attorney?"

She again replied, "Why, yes I do. I've known Mr. Knowles since he was a youngster, too. I used to baby-sit him for his parents. And he, too, has been a real disappointment to me. He's lazy, bigoted, he has a drinking problem. The man can't build a normal relationship with anyone and his law practice is one of the shoddiest in the entire state. Yes, I know him."

At this point, the judge rapped the courtroom to silence and called both barristers to the bench. In a very quiet voice, he said with menace, "If either of you asks her if she knows me, you'll be jailed for contempt!"

A helicopter was flying around above Seattle yesterday when an electrical malfunction disabled all of the aircraft's electronic navigation and communication equipment. Due to the clouds and haze the pilot could not determine his position or course to steer to the airport. The pilot saw a tall building, flew toward it, circled, drew a handwritten sign and held it in the helicopter's window. T he sign said "WHERE AM I?"

People in the tall building quickly responded to the aircraft, drew a large sign and held it in a building window. Their sign said, "YOU ARE IN A HELICOPTER.'

The pilot smiled, waved, looked at his map and determined the course to steer to SEATAC (Seattle/Tacoma) airport and landed safely.

After they were on the ground, the co-pilot asked the pilot how the "YOU ARE IN A HELICOPTER" sign helped determine their position.

The pilot responded, "I knew that had to be the MICROSOFT building because they gave me a technically correct but completely useless reply.

Q. Who is the greatest babysitter mentioned in the Bible?
A. David. He rocked Goliath into a very deep sleep.