When Relatives Attack
There is nothing more awkward than the moment you realize you’re getting a double-cheek kiss.

Passing an office building late one night, the blonde saw a sign that read, "Press bell for night watchman."
She did so, and after several minutes she heard the watchman clomping down the stairs. The uniformed men proceeded to unlock first one gate, then another, shut down the alarm system, and finally made his way through the revolving door.
"Well," he snarled, "what do you want?"
"I just wanted to know why you can't ring it yourself."

“Rather than be fired

“Rather than be fired from the borscht factory, I beet them to the punch by telling them to take their job and schav it.”

Who was Genghis Khan's f

Mary Clancy goes up to Father McGuire after his Sunday morning service, and she's in tears. He says, "So what's bothering you, Mary my dear?"
She says, "Oh, Father, I've got terrible news. My husband passed away last night."
The priest says, "Oh, Mary, that's terrible. Tell me, Mary, did he have any last requests?"
She says, "That he did, Father."
The priest says, "What did he ask, Mary? "
She says, "He said, 'Please Mary, put down that damn gun.' " 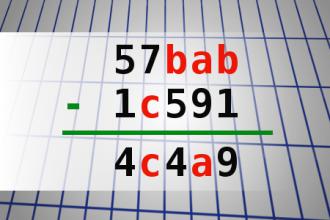 Am I the only person who blames global warming entirely on the Amish? Are they not a constant reminder of how awful life would be without all this great technology? Every time I want to cut back and conserve on natural resources, I just look at the Amish and I'm like, 'F**k that.'
#joke #short
Joke | Old joke from joke of the day archives - Check out other old jokes Wednesday, 10 May 2017

A laywoman was driving down...

A laywoman was driving down the street in a sweat because she had an important meeting and couldn’t find a parking space. Looking up toward heaven, she said, “Lord, take pity on me. If you find me a parking place I’ll go to Mass every Sunday for the rest of my life and give up drinking wine.”Miraculously, a parking space opened up right in front of her destination.The woman looked up to heaven and said, “Never mind, Lord; I found one on my own.”
#joke
Joke | Old joke from joke of the day archives - Check out other old jokes Sunday, 16 April 2017

The Story Of The Bats


Two vampire bats wake up in the middle of the night, thirsty for blood. One says, "Let's fly out of the cave and get some blood."
"We're new here," says the second one. "It's dark out, and we don't know where to look. We'd better wait until the other bats go with us."
The first bat replies, "Who needs them? I can find some blood somewhere." He flies out of the cave.
When he returns, he is covered with blood.
The second bat says excitedly, "Where did you get the blood?"
The first bat takes his buddy to the mouth of the cave. Pointing into the night, he asks, "See that black building over there?"
"Yes," the other bat answers.
"Well," says the first bat, "I didn't."

How The Blonde Broker Her Arm

Q: How did the blonde break her arm?

A: she fell out of a tree while she was raking leaves.