A farmer got pulled over by a

A farmer got pulled over by a state trooper for speeding, and the trooper started to lecture the farmer about his speed, and in general began to throw his weight around to try to make the farmer uncomfortable.
Finally, the trooper got around to writing out the ticket, and as he was doing that he kept swatting at some flies that were buzzing around his head. The farmer said, "Having some problems with circle flies there, are ya?"
The trooper stopped writing the ticket and said, "Well yeah, if that's what they are called -- I never heard of circle flies."
So the farmer says, "Well, circle flies are common on farms. See, they're called circle flies because they're almost always found circling around the back end of a horse."
The trooper says, "Oh," and goes back to writing the ticket. Then after a minute he stops and says, "Hey...wait a minute, are you trying to call me a horse's rear end?"
The farmer says, "Oh no, officer. I have too much respect for law enforcement to even think about calling you such a name."
The trooper says, "Well, that's a good thing," and goes back to writing the ticket.
After a long pause, the farmer says, "Hard to fool them flies though."

“Do you believe in life after death?” the boss asked one of his employees.
“Yes, sir,” the clerk replied.
“That’s good,” the boss said. “After you left early yesterday to go to your grandmother’s funeral, she stopped in to see you.”

“When a shipment of l

“When a shipment of large fruit was delivered by boat to the warehouse, it was the first water mailin'.”

I picture the Burger King king -- that's my God. You can have your God, I got my God. He's got the unmoving smiling face, the crown, the Whopper Jr. and he's up there watching. Just like, 'You wanna live? Have it your way.'
#joke #short
Joke | Old joke from joke of the day archives - Check out other old jokes Wednesday, 31 May 2017 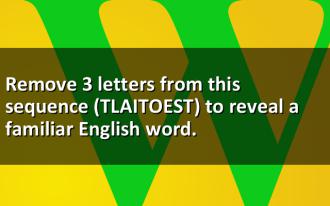 After twenty years of shaving himself every morning, a man in a small southern town decided he had been doing that long enough. He told his wife that from then on he’d let the local barber shave him each day.The man went to the barbershop which was owned by the pastor of the local Baptist church. The barber’s wife, whose name was Grace, shaved him and sprayed him with lilac water. “That will be twenty dollars,” she said. The man thought the price was a bit high and wondered how he’d continue to foot such a bill, but he paid for the service and went off to work.The next morning, the man looked in the mirror and saw that his face was as smooth as it had been when he left the barber shop the day before. Not bad, he thought. At least I don’t need to get a shave every day.The next morning, the man’s face was still smooth. Two weeks later, the man was still unable to find any trace of whiskers on his face. He couldn’t understand it, so he returned to the barber shop.“I thought twenty dollars was high for a shave,” he told the barber’s wife, “but you must have done a great job. It’s been two weeks and my whiskers still haven’t started growing back.”The woman’s face showed no surprise. “Well, of course,” she said. “You were shaved by Grace. Once shaved, always shaved.”From "The Book of Church Jokes," published by Barbour Publishing, Inc., Uhrichsville, Ohio. Copyright 2009. Used by permission of Barbour Publishing, Inc.
#joke
Joke | Old joke from joke of the day archives - Check out other old jokes Saturday, 04 March 2017

A little boy and his grandfath...

This guy is walking with his friend, who happens to be a psychologist. He says to this friend, "I'm a walking economy."
The friend asks, "How so?"
"My hair line is in recession, my stomach is a victim of inflation, and both of these together are putting me into a deep depression!"