Before my daughter went on her first date, I gave her 'the talk.'
'Sometimes, it’s easy to get carried away when you’re with a boy,' I said. 'Remember, a short moment of indiscretion could ruin your life.'
'Don’t worry,' she said. 'I don’t plan on ruining my life until I get married.'

Wikipedia: I know everything!\

12 years old till wedding day - Photo Every Day - You are married - game is over! - link to page video is posted initially.

“A good meteor shower can really rock your world.”

The Problems With Golf


The only problem with golf is that the slow people are always in front of you and the fast people always end up behind you.

Biblical bumper stickers:Jonah: Save the WhalesThe Israelites: Honk If You Love MosesElijah: My Other Chariot RollsGoliath: Support the Ban on SlingshotsLot: If You Can’t See Sodom, You’re Too CloseMethuselah: Be Kind to Senior CitizensFrom "Moses' Favorite Travel Jokes," published by Barbour Publishing, Inc., Uhrichsville, Ohio. Copyright 2009. Used by permission of Barbour Publishing, Inc.
#joke
Joke | Old joke from joke of the day archives - Check out other old jokes Sunday, 05 February 2017 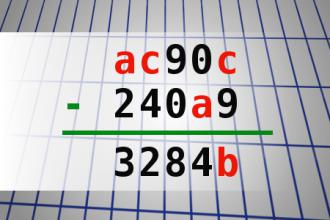 Chuck Norris once pulled out a...

Chuck Norris once pulled out a single hair from his beard and skewered three men through the heart with it.
#joke #short #chucknorris
Joke | Old joke from joke of the day archives - Check out other old jokes Wednesday, 14 September 2011

Researchers say they've discovered a tree extract that could

A Sunday school teacher asked the children just before she dismissed them to go to church, "And why is it necessary to be quiet in church?"
Annie replied, "Because people are sleeping."

I played basketball for five years, and I was a benchwarmer all five years. If you were never a benchwarmer, I cannot express to you the humiliation of, every Saturday morning, putting on a pair of breakaway pants and never having a reason to break them away -- then theyre just pants.
#joke #short
Joke | Old joke from joke of the day archives - Check out other old jokes Wednesday, 14 September 2011