I Want to Be a Pastor When I Grow Up

After a church service on Sunday morning, a young boy suddenly announced to his mother, “Mom, I’ve decided to become a priest when I grow up.”“That’s OK with us,” she said, “but what made you decide that?”“Well,” said the little boy, “I have to go to church on Sunday anyway, and I figure it will be more fun to stand up and yell than to sit down and listen.”
#joke
Joke | Source: Belief net - Joke of the day, features on religion, spirituality, faith

I try to speak the language of

I try to speak the language of hamsters. But the translation gets all gerbiled.
#joke #short
Joke | Source: Pun Gents - Daily Jokes, One-liners, Groaners, Puns of the day :: Puns on Demand :: Punshine Girls and Boys!

A man walking along a Californ

A man walking along a California beach was deep in prayer.
Suddenly the sky clouded above his head and in a booming voice the Lordsaid, "Because you have TRIED to be faithful to me in all ways, I will grantyou one wish."
The man said, "Build a bridge to Hawaii so I can drive over anytime I want."
The Lord said, "Your request is very materialistic. Think of the enormousbottom of the Pacific! The concrete and steel it would take! It will nearlyexhaust several natural resources. I can do it, but it is hard for me tojustify your desire for worldly things. Take a little more time and think ofsomething that would honor and glorify me."
The man thought about it for a long time.
Finally he said, "Lord, I wish that I could understand my wife. I want toknow how she feels inside, what she's thinking when she gives me the silenttreatment, why she cries, what she means when she says "nothing's wrong",and how I can make a woman truly happy."
The Lord replied, "You want two lanes or four lanes on that bridge?"

Driving to work, a gentleman had to swerve to avoid a box that fell out of the truck in front of him. Seconds later, a policeman pulled him over for reckless driving. Fortunately, another office had seen the carton in the road. The policemen stopped traffic and recovered the box. It was found to contain large upholstery tacks.

"I'm sorry, Sir," the first trooper told the driver, "but I am still going to have to write you a ticket."

Amazed, the driver demanded to know the reason.


Cologne, May 27 dpa - The U.S. dollar is undervalued against the Deutsch-mark based on how many "Big Mac" hamburger sandwiches the two currencies can purchase, said one of Germany's leading institutes.
The Institute of the German Economy (IW) in Cologne noted that the popular sandwich by the McDonald's restaurant chain is increasingly being used by economists around the world as a measure of currencies' relative purchasing power.
The institute said that currency exchange rates are often unreliable as an instrument to measure purchasing power. At the same time, "baskets" of products used to arrive at comparative purchasing power are complicated to compile.
A simple alternative, now that McDonald's has spread to virtually every country on earth, has become to look at what a Big Mac costs, the IW said.
"A particularly hungry American can buy five Big Macs for 11 dollars. If he exchanged the money into Deutsch-marks, his 18 marks in Germany can just barely obtain four Big Macs," the IW said.
Conclusion: based on the Big Mac index, the dollar is undervalued, the institute said.
Americans can get their best Big Mac buy these days in Moscow, where one sandwich costs only about 59 cents.
But Russians must "work nearly two days in order to afford this meaty capitalist achievement - longer than people in any other country", the IW said. 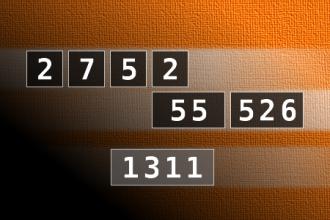 During the last High Holidays, many individuals expressed concern over the seating arrangements in the synagogue. In order for us to place you in a seat which will best suit you, we ask you to complete the following questionnaire and return it to the synagogue office as soon as possible.

Building fund pledge (acknowledging and in grateful appreciation for

#joke #doctor #lawyer
Joke | Source: Friars Club - For over 25 years the Sunshine Committee has been providing entertainment, companionship and love to children's and senior citizens centers in the NY area.

A six year old comes crying to his Mother because his little sister pulled his hair.

A short while later, there's more crying, and the Mother goes to investigate.

This time the sister is bawling and her brother says...