A man was annoyed when his wif

A man was annoyed when his wife told him that a car had backed into her, damaging a fender, and that she hadn't gotten the license number. "What kind of car was he driving?" the husband asked.
"I don't know," she said. "I never can tell one car from another."
At that, the man decided the time had come for a learning course, and for the next few days, whenever they were driving, he made her name each car they passed until he was satisfied that she could recognize every make.
It worked.
About a week later she bounded in with a pleased expression on her face...
"Darling," she said. "I hit a Buick!"

It was hard when I gave up Isl

It was hard when I gave up Islam to study proctology. They declared me a prostate.
#joke #short
Joke | Source: Pun Gents - Daily Jokes, One-liners, Groaners, Puns of the day :: Puns on Demand :: Punshine Girls and Boys!

"I'm sorry," said the clerk in flower shop, "we don't have potted geraniums. Could you use African violets instead?"

Replied the customer sadly, "No, it was geraniums my wife told me to water while she was gone."


Oliver's Law of Location: No matter where you go, there you are.
Orben's Packaging Discovery: For the first time in history, one bag of groceries produces two bags of trash.
Osborn's Law: Variables won't, constants aren't.
Ozman's Laws: (1) If someone says he will do something "without fail," he won't. (2) The more people talk on the phone, the less money they make. (3) People who go to conferences are the ones who shouldn't. (4) Pizza always burns the roof of your mouth.
O'Reilly's Law of the Kitchen: Cleanliness is next to impossible
O'Toole's Commentary On Murphy's Law: Murphy was an optimist.
Parkinson's Laws: First Law - Work expands to fill the time available for its completion. Second Law - Expenditures rise to meet income. Fourth Law - The number of people in any working group tends to increase regardless of the amount of work to be done. Law of Committees - The amount of time spent by a committee on an agenda item is inversely proportional to the cost of the item. Fifth Law - If there is a way to delay in important decision, the good bureaucracy, public or private, will find it. Sixth Law - Action expands to fill the void created by human failure.

I Want to Be a Pastor When I Grow Up

After a church service on Sunday morning, a young boy suddenly announced to his mother, “Mom, I’ve decided to become a priest when I grow up.”“That’s OK with us,” she said, “but what made you decide that?”“Well,” said the little boy, “I have to go to church on Sunday anyway, and I figure it will be more fun to stand up and yell than to sit down and listen.”
#joke
Joke | Source: Belief net - Joke of the day, features on religion, spirituality, faith

During the last High Holidays, many individuals expressed concern over the seating arrangements in the synagogue. In order for us to place you in a seat which will best suit you, we ask you to complete the following questionnaire and return it to the synagogue office as soon as possible.

Building fund pledge (acknowledging and in grateful appreciation for

#joke #doctor #lawyer
Joke | Source: Friars Club - For over 25 years the Sunshine Committee has been providing entertainment, companionship and love to children's and senior citizens centers in the NY area. 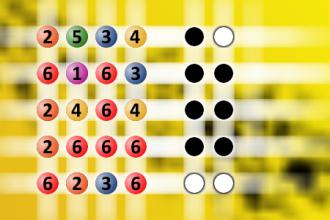 As a court clerk, I am well-ve

As a court clerk, I am well-versed in the jury-selection process. First a computer randomly selects a few hundred citizens from the entire county to report for jury duty on a particular day. Then another computer assigns 40 of those present to a courtroom. Then the 40 names are placed in a drum, and a dozen names are pulled.During jury selection for one trial, the judge asked potential Juror No. 12 if there was any reason he could not be a fair and impartial juror.
"There may be," he replied. "Juror No. 1 is my ex-wife, and if we were on the same jury, I guarantee we would not be able to agree on anything."
Both were excused.