Where's My Phone
#joke
Joke | Source: Friars Club - For over 25 years the Sunshine Committee has been providing entertainment, companionship and love to children's and senior citizens centers in the NY area.

During an auction of exotic pe

During an auction of exotic pets, a woman who had placed a winning bid told the auctioneer, "I'm paying a fortune for that parrot. I hope he talks as well as you say he does."
"I guarantee it, madam," replied the auctioneer. "Who do you think was bidding against you?"

“Computer geeks always look scruffy because they only take milliseconds to refresh.”

Installing a new fuse box? You

Installing a new fuse box? You should call an electrician. I mean, wiring anyone else?
#joke #short
Joke | Source: Pun Gents - Daily Jokes, One-liners, Groaners, Puns of the day :: Puns on Demand :: Punshine Girls and Boys!

"What is it? her older sisters asked, eagerly.


A group of psychiatrists were attending a convention. Four of them decided to leave, and walked out together. One said to the other three, "People are always coming to us with their guilt and fears, but we have no one that we can go to when we have problems." The others agreed.
Then one said, "Since we are all professionals, why don't we take some time right now to hear each other out?"
The other three agreed.
The first then confessed, "I have an uncontrollable desire to kill my patients."
The second psychiatrist said, "I love expensive things and so I find ways to cheat my patients out of their money whenever I can so I can buy the things I want."
The third followed with, "I'm involved with selling drugs and often get my patients to sell them for me."
The fourth psychiatrist then confessed, "I know I'm not supposed to, but no matter how hard I try, I can't keep a secret..." 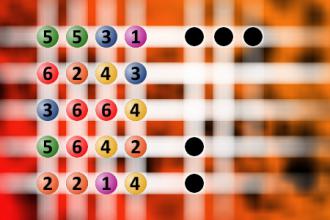 It's that time of year to tak

It's that time of year to take our annual seniorcitizen test. Exercising the brain is as importantas exercising muscles. As we grow older, it'simportant to keep mentally alert. If you don't useit, you lose it! Below is a very private way to gaugeyour loss or non-loss of intelligence.
Take the test presented here to determine if you'relosing it or not. The spaces below are so you don'tsee the answers until you've made your answer. OK, relax, clear your mind and begin.
1. What do you put in a toaster?
Answer: "bread." If you said "toast," give upnow and do something else. Try not to hurt yourself.If you said, bread, go to Question 2.
2. Say "silk" five times. Now spell "silk"
What do cows drink?
Answer: Cows drink water. If you said "milk," don't attempt the next question. Your brain is over-stressed and may even overheat. Content yourself with reading a more appropriate literature such as AutoWorld. However, if you said "water", proceed to question 3.
3. If a red house is made from red bricks and a blue house is made from blue bricks and a pink house is made from pink bricks and a black house is made from black bricks , what is a green house made from?
Answer: Greenhouses are made from glass. If you said "green bricks," why the heck are you still reading these??? If you said "glass," go on to Question 4.
4. It's twenty years ago, and a plane is flying at 20,000 feet over Germany (If you will recall, Germany at the time was politically divided into West Germany and East Germany .) Anyway, during theflight, two engines fail. The pilot, realizing that the last remaining engine is also failing, decides on a crash landing procedure. Unfortunately the engine fails before he can do so and the plane fatally crashes smack in the middle of "no man's land" betweenEast Germany and West Germany . Where would you bury the survivors? East Germany , West Germany , or no man's land"?
Answer: You don't bury survivors.
If you said ANYTHING else, you're a dunce and you must stop. If you said, "You don't bury survivors", proceed to the next question.
5. Without using a calculator - You are driving a bus from London to Milford Haven in Wales . In London , 17 people get on the bus. In Reading , six people get off the bus and nine people get on. In Swindon, two people get off and four get on. In Cardiff, 11 people get off and 16 people get on . In Swansea , three people get off and five people get on. In Carmathen,six people get off and three get on. You then arrive at Milford Haven. What was the name of the bus driver?
Answer: Oh, for crying out loud!
Don't you remember your own name? It was YOU!!Now pass this along to all your friends andpray they do better than you.
PS: 95% of people fail most of the questions!!

Chuck Norris threw a grenade a...

Chuck Norris threw a grenade and killed 50 people. Then it blew up.
#joke #short #chucknorris
Joke | Old joke from joke of the day archives - Check out other old jokes Thursday, 17 October 2013

A few years ago when my girlfriend still lived with her parents, I managed to pull a real lu-lu. I came out of the bathroom at the end of the hall in her parents' home and as I walked past my girlfriend's bedroom I saw her making the bed.

She was kneeling on the bed facing away from me, trying to tuck the sheets under the far side of the mattress. Of course this meant her luscious behind was sticking up and waving invitingly in the air. Well, there's few things I like more than gently sinking my teeth into a girl's nice behind, a habit which my girlfriend had already become familiar with.

So naturally I snuk up behind her behind and bit her butt. Imagine my horror when her mother's incredulous face turns around and looks back at me! She didn't know what the hell I was up to!

Of course I could've died of embarrassment at that moment. I stuttered a few words saying how I thought it was her daughter's butt (I don't think that would necessarily go over too well either!), apologized and got out of there.

The next thing I did was march downstairs and immediately tell her husband what had just happened – I'd much rather he heard it from me than her! Of course he laughed his head off and they all still tease me about it to this day.

And I later found out that my middle-aged mother-in-law was actually kind of thrilled to have someone mistake her butt for that of a 25-year-old.

Three old men are talking about their aches, pains and bodily dysfunctions.

An 80-year-old man says: "My case is worse. I get up at 8 a.m. and I sit there and grunt and groan for half an hour before I finally have a bowel movement."

"So what's your problem?" asked the others.

A man suffered a heart attack and had by-pass surgery. He awakened to find himself in the care of nuns at a Catholic hospital.

As he was recovering, a nun asked him how he was going to pay the bill.

The nun asked if he has money in the bank.

He replied "No money in the bank."

The nun asked " Do you have a relative who could help you?"

He said "Just a spinster sister who is a nun."

The nun, slightly preturbed, said "Nuns are not spinsters! Nuns are married to God."

The patient replied, "Then send the bill to my brother-in-law!"