Joan & Bob had been married 50 yrs when she suggested they take a cruise. "We could go for a week & make wild love like when we were young." He eagerly agreed, went to the pharmacy & bought a bottle of seasick pills & a tube of lubricant. Joan: "The kids are on their own, why not go for a month?" Bob went back & bought 4 bottles of seasick pills & 4 tubes of lubricant. Joan said, "It's our 50th! Let's cruise around the world!" Bob went back & bought bags of seasick pills & lubricant. Pharmacist finally asked, "If it makes you that sick, why do you do it?”
#joke
Joke | Source: Jokes of The Day - By Jokes of the day visitor

What do you call a matador who

What do you call a matador who gets trampled? A dor mat.
#joke #short
Joke | Source: Pun Gents - Daily Jokes, One-liners, Groaners, Puns of the day :: Puns on Demand :: Punshine Girls and Boys!

I was barely sitting down when

I was barely sitting down when I heard a voice from the other stall saying:'Hi, how are you?'
I'm not the type to start a conversation in the men's restroom, but I don'tknow what got into me, so I answered, somewhat embarrassed, 'Doin' justfine.'
And the other guy says: 'So what are you up to?'
What kind of question is that? At that point, I'm thinking this is toobizarre so I say: 'Uhhh, I'm like you, just traveling.'
At this point I am just trying to get out as fast as I can when I hearanother question. 'Can I come over?'
Ok, this question is just too weird for me but I figured I could just bepolite and end the conversation. I tell him, 'No........I'm a little busyright now!!!'
Then I hear the guy say nervously...
'Listen, I'll have to call you back. There's an idiot in the other stallwho keeps answering all my questions.'

Golfing With An Older Man


A young man who was also an avid golfer found himself with a few hours to spare one afternoon. He figured if he hurried and played very fast, he could get in nine holes before he had to head home. Just as he was about to tee off an old gentleman shuffled onto the tee and asked if he could accompany the young man as he was golfing alone. Not being able to say no, he allowed the old gent to join him.
To his surprise the old man played fairly quickly. He didn't hit the ball far, but plodded along consistently and didn't waste much time. Finally, they reached the 9th fairway and the young man found himself with a tough shot. There was a large pine tree right in front of his ball - and directly between his ball and the green.
After several minutes of debating how to hit the shot the old man finally said, "You know, when I was your age I'd hit the ball right over that tree."
With that challenge placed before him, the youngster swung hard, hit the ball up, right smack into the top of the tree trunk and it thudded back on the ground not a foot from where it had originally lay.
The old man offered one more comment, "Of course, when I was your age that pine tree was only three feet tall." 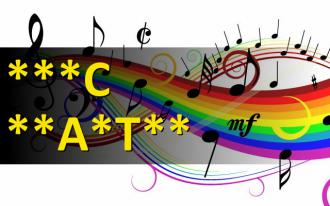 “2017 would have been a great year to open up a unisex haircut place and call it 'Totally Clips'.”

An angel appears at a faculty meeting and tells the dean that in return for his unselfish and exemplary behavior, the Lord will reward him with his choice of infinite wealth, wisdom, or beauty.

"Done!" says the angel, and disappears in a cloud of smoke and a bolt of lightning.

Now, all heads turn toward the dean, who sits surrounded by a faint halo of light.

One of his colleagues whispers, "Say something."

The dean sighs and says, "I should have taken the money."

Aliens DO indeed exist. They j...

Aliens DO indeed exist. They just know better than to visit a planet that Chuck Norris is on.
#joke #short #chucknorris
Joke | Old joke from joke of the day archives - Check out other old jokes Saturday, 29 October 2011