Marvin had been fishing all da...

Marvin had been fishing all day without any luck. On the way home he stopped at a fish market and said to the clerk, "Please stand there and throw me a few of your biggest trout."
The clerk was puzzled. "Throw them to you? What for?"
"I may be a poor fisherman," Marvin replied, "but I'm no liar. I want to be able to say I caught them myself."

“I gave up my job as a high-wire walker because I was struggling to achieve work-life balance.”

It's easy to sabotage a

It's easy to sabotage a peaceful protest among my Arabic relatives. It's like taking Gandhi from habibi.
#joke #short
Joke | Source: Pun Gents - Daily Jokes, One-liners, Groaners, Puns of the day :: Puns on Demand :: Punshine Girls and Boys!

Stay Over One Night

An old, tired-looking dog wandered into the yard. I could tell from his collar and well-fed belly that he had a home.
He followed me into the house, down the hall, and fell asleep on the couch. An hour later, he went to the door, and I let him out. The next day he was back, resumed his position on the couch and slept for an hour. This continued for several weeks. Curious, I pinned a note to his collar: "Every afternoon your dog comes to my house for a nap."
The next day he arrived with a different note pinned to his collar: "He lives in a home with four children -- he's trying to catch up on his sleep. Can I come with him tomorrow?" 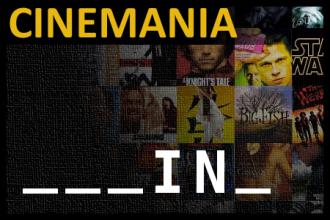 The graduate with a science degree asks,
'Why does it work?'

The graduate with an engineering degree asks,
'How does it work?'

The graduate with an accounting degree asks,
'How much will it cost?'

The graduate with a liberal arts degree asks,
'Do you want fries with that?'

Why You So Fat?

A family is at the dinner table. The father looks at his oldest son.

"Tony, you should take a smaller bites."

Then Pop looks at his middle son.

"Fred, you should take a smaller bites."

Then Pop looks at his youngest son, "John! How you stay so slim and trim?"

"Pop, you should a take smaller bites."

Where Is My Goat?

There were these two guys out hiking when they came upon an old, abandoned mine shaft. Curious about its depth they threw in a pebble and waited for the sound of it striking the bottom, but they heard nothing. They went and got a bigger rock, threw it in and waited. Still nothing. They searched the area for something larger and came upon a railroad tie. With great difficulty, the two men carried it to the opening and threw it in. While waiting for it to hit bottom, a goat suddenly darted between them and leapt into the hole!
The guys were still standing there with astonished looks upon their faces from the actions of the goat when a man walked up to them. He asked them if they had seen a goat anywhere in the area and they said that one had just jumped into the mine shaft in front of them! The man replied, "Oh no. That couldn't be my goat, mine was tied to a railroad tie."

He who laughs last thinks slow...

He who laughs last thinks slowest.

Depression is merely anger without enthusiasm.

The early bird may get the worm, but the second mouse gets the cheese.

I drive way too fast to worry about cholesterol.

Support bacteria. They're the only culture some people have.

Monday is an awful way to spend 1/7 of your week.

Change is inevitable, except from vending machines.

Get a new car for your spouse. It'll be a great trade!

Plan to be spontaneous tomorrow.

Always try to be modest, and be proud of it!
#joke #monday
Joke | Old joke from joke of the day archives - Check out other old jokes Sunday, 31 October 2010