“When Darth Vader turned his back on the dark side and joined a monastery he still wore black robes, out of force of habit.”

Blonde Bob was asked, "How man

A man who had spent his whole life in the desert visited a friend. He'd never seen a train or the tracks they run on. While standing in the middle of the RR tracks, he heard a whistle, but didn't know what it was. Predictably, he's hit and is thrown, ass-over-tea-kettle, to the side of the tracks, with some minor internal injuries, a few broken bones, and some bruises.
After weeks in the hospital recovering, he's at his friend's house attending a party. While in the kitchen, he suddenly hears the teakettle whistling. He grabs a baseball bat from the nearby closet and proceeds to batter and bash the teakettle into an unrecognizable lump of metal. His friend, hearing the ruckus, rushes into the kitchen, sees what's happened and asks the desert man, "Why'd you ruin my good tea kettle?"
The desert man replies, "Man, you gotta kill these things when they're small."

A man took his old duck to the

A man took his old duck to the Doctor, concerned because the duck wouldn't eat.
The Doctor explained to the man that as ducks age their upper bills grow down over their lower bills and make it difficult for the animal to pick up it's food.
"What you need to do is gently file the upper bill down even with the lower bill. But you must be extra careful because the duck's nostrils are located in the upper bill and if you file down too far, when the duck takes a drink of water it'll drown."
The man goes about his business and about a week later the Doctor runs into his patient.
"Well, how is that duck of yours?" the Doctor inquires.
"He's dead." declared the heartbroken man.
"I told you not to file his upper bill down too far! He took a drink of water and drowned didn't he?" insisted the Doctor.
"No." lamented the man. "I think he was dead before I took him out of the vise."

Talking On The Plane


Two government economists were returning home from a field meeting. As with all government travelers, they were assigned the cheapest seats on the plane so they each were occupying the center seat on opposite sides of the aisle.
They continued their discussion of the knotty problem that had been the subject of their meeting through takeoff and meal service until finally one of the passengers in an aisle seat offered to trade places so they could talk and he could sleep.
After switching seats, one economist remarked to the other that it was the first time an economic discussion ever kept anyone awake. 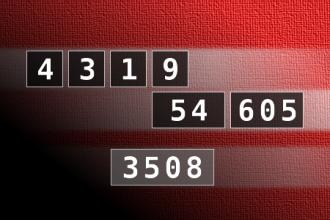 The Sailor And The Pirate

A sailor meets a pirate in a bar, and take turns boasting of their adventures on the high seas. The sailor notes that the pirate has a peg-leg, hook, and an eyepatch.

The sailor asks "So, how did you end up with the peg-leg?"

The pirate replies "We were in a storm at sea, and I was swept overboard into a school of sharks. Just as my men were pulling me out a shark bit my leg off."

"Wow!" said the sailor. "What about your hook"?

"Well...", replied the pirate, "While my men and I were plundering in the middle east, I was caught stealing from a merchant and the punishment for theft in the middle east is the loss of the hand that steals"

"Incredible!" remarked the sailor. "How did you get the eyepatch"?

"A sea gull dropping fell into my eye.", replied the pirate.

"You lost your eye to a sea gull dropping?" the sailor asked incredulously.

The Island of Trid

Once upon a time, in the middle of the ocean, there was the Island of Trid.
It seems that most of the Island of Trid was covered by a large mountain. On this mountain lived a Giant. The Giant did not allow Trids on his mountain. If a Trid dared to climb onto the mountain, the Giant would kick him into the ocean. Trids are notoriously bad swimmers, and frequently drowned when kicked into the ocean.
The Trids were a very sexual people, and the population had grown quite large. Every square inch of the island, except the mountain, was crowded with Trids.
The Trids spent their days crowded together, dreaming of the open space available on the ever visible mountain. Every few days, a Trid would decide he couldn't stand the crowds any more. He would start to climb the mountain, and the Giant would kick the Trid into the ocean.The Trids were a very depressed people.
One day a traveling Rabbi visited the Island of Trid. Despite their overcrowded conditions, the Trids were extremely generous to this man of God.
The Rabbi decided to return the favor, and to go plead the Trid's case to the Giant. "Surely the Giant can be convinced to share some of the mountain with you," the Rabbi explained.
The Trids were horrified. "Please don't go, Rabbi", the Trids implored. "The Giant will kick you into the ocean, and you will surely drown."
The Rabbi was stubborn, and insisted that he talk to the Giant. The Trids sent out every boat they had. They formed a ring around the island, so that they would be able to rescue the Rabbi.
The Rabbi started walking towards the mountain. No sign of the Giant.
He walked through the foothills, and there was no sign of the Giant.
He started up the slopes of the mountain, further than any Trid had ever been. Still no sign of the Giant.
Finally he reached the summit of the mountain. There the Giant was waiting for him. The Rabbi asked "Tell me Giant, why have you allowed me to climb to the top of the mountain, without kicking me off the moment I started climbing?"
And the Giant replied, "Silly Rabbi, kicks are for Trids!"

Chuck Norris was banned from c...

Chuck Norris was banned from competitive bullriding after a 1992 exhibition in San Antonio, when he rode the bull 1,346 miles from Texas to Milwaukee Wisconsin to pick up his dry cleaning.
#joke #short #chucknorris
Joke | Old joke from joke of the day archives - Check out other old jokes Monday, 05 December 2011

A young boy had just gotten his driver's permit and enquired of his father, if they could discuss his use of the car. His father said, "I'll make a deal with you. You bring your grades up from a C to a B average, study your Bible a little, get your hair cut and we'll talk about the car."
Well, the boy thought about that for a moment, and settle for the offer, and they agreed on it. After about six weeks they went in to the study, where his father said, "Son, I've been real proud. You've brought your grades up, and I've observed that you have been studying your Bible, and participating a lot more in the Bible study groups. But, I'm real disappointed, since you haven't gotten your hair cut."
The young man paused a moment, and then said, "You know, Dad, I've been thinking about that, and I've noticed in my studies of the Bible that Samson had long hair, John the Baptist had long hair, Moses had long hair and there's even a strong argument that Jesus had long hair also."

To this his father replied, "Did you also notice they all walked everywhere they went?"

Casey McCarthy had just arrived in New York City and was amazed at the enormity of everything.
Having drunk a pint or two on the flight over, he sorely needed to relieve himself.
The first door he entered happened to be a large health club, and he asked the clerk if he might use the men's room.
The clerk said certainly and told Casey the men's room was the third door down the corridor on the left.
Now Casey, trying to appear sober, weaved his way down the hallway remembering some of the directions.
When he reached the third door, he turned RIGHT, opened the door and immediately fell into the deep end of a pool.
The clerk, realizing Casey's mistake, ran down the hall and burst through the door, prepared to save him, and heard Casey shout, "Don't flush, I'm in here!"
#joke
Joke | Old joke from joke of the day archives - Check out other old jokes Monday, 05 December 2011