A 60-year-old millionaire is getting married and throws a big wedding reception. His friends are quite jealous and in a quiet moment, one of them asks him how did he land such a hot 23-year-old beauty.
“Simple,” grins the millionaire, “I faked my age.'
His friends are really amazed and ask him how much he said.
'Well,' he replied, 'I said I was 87!'

“I touched an electri

“I touched an electric eel the other day. It was shocking.”

If Microsoft operated restaurants...
Patron: Waiter!
Waiter: Hi, my name is Bill, and I'll be your Support. What seems to be the problem?
Patron: There's a fly in my soup!
Waiter: Try again, maybe the fly won't be there this time. Maybe the soup is incompatible with the bowl; what kind of bowl are you using?
Patron: A soup bowl!
Waiter: Can you remember everything you did before you noticed the fly in your soup?
Patron: I sat down and ordered the Soup of the Day!
Waiter: Have you considered upgrading to the latest Soup of the Day?


An economist is someone who gets rich explaining others why they are poor.

The last severe depression and banking crisis could not have been achieved by normal civil servants and politicians, it required economists involvement.

Contagion: A strory demostrating the possible outcomes from interlinkages in the financial markets.

Two economists sit down to play chess. They study the board for 24 hours and declare a stale-mate.

Q: What does it take to be a good economist?
A: An unshakeable grasp of the obvious!

Q: What's the difference between mathematics and economics?
A: Mathematics is incomprehensible; economics just doesn't make any sense.

An economist is someone who didn't have enough personality to become an accountant.

Economics is extremely useful as a form of employment for economists.

Q: What's the difference between a finance major and an economics major?
A: Opportunity cost

The First Law of Economists: For every economist, there exists an equal and opposite economist.

The Second Law of Economists: They're both wrong.

An economist is an expert who will know tomorrow why the things he predicted yesterday didn't happen today. - Laurence J. Peter

A study of economics usually reveals that the best time to buy anything is last year. - Marty Allen

I don't think you can spend yourself rich. - George Humphrey

If all economists were laid end to end they would not reach a conclusion. - George Bernard Shaw

An economist is someone who knows the price of everything and the value of nothing.

Tariff -- A scale of taxes on imports, designed to protect the domestic producer against the greed of his consumer.

Economists are people who are too smart for their own good and not smart enough for anyone else's.

Economy -- Purchasing the barrel of whiskey that you do not need for the price of the cow that you cannot afford.

An economist is someone who doesn't know what he's talking about - and make you feel it's your fault.

After discovering her young daughter playing doctor with the neighbor's boy, the angry mother grabbed the boy by the ear and dragged him to his house and confronted his mother.

"It's only natural for young boys and girls to explore their sexuality by playing doctor at their age." the neighbor said.

"Forget sexuality!" The mother yelled. "He took out her appendix!" 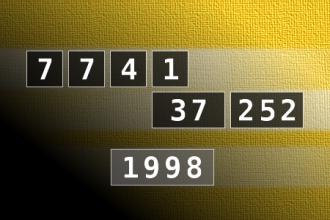 Four college friends were so c...

Four college friends were so confident that the weekend before finals, they decided to go up to Dallas and party with some friends up there. They had a great time. However, after all the partying, they slept all day Sunday and didn't make it back to Austin until early Monday morning.
Rather than taking the final then, they decided to find their professor after the final and explain to him why they missed it.
They explained that they had gone to Dallas for the weekend with the plan to come back and study but, unfortunately, they had a flat tire on the way back, didn't have a spare, and couldn't get help for a long time. As a result, they missed the final.
The Professor thought it over and then agreed they could make up the final the following day. The guys were elated and relieved.
They studied that night and went in the next day at the time the professor had told them. He placed them in separate rooms and handed each of them a test booklet, and told them to begin.
They looked at the first problem, worth 5 points. It was something simple about free radical formation. "Cool," they thought at the same time, each one in his separate room. "This is going to be easy."
Each finished the problem and then turned the page. On the second page was written:
#joke #monday
Joke | Old joke from joke of the day archives - Check out other old jokes Sunday, 24 January 2010

When the Aztec warri...

“When the Aztec warrior was about to be punished severely, he was so sad he was disheartened.”

After the christening of his baby brother in church, Little Johnny cried all the way home in the back seat of the car. His father asked him what was wrong and finally, the boy sobbed, “That priest said he wanted us brought up in a Christian home, and I want to stay with you guys!”
#joke #short
Joke | Old joke from joke of the day archives - Check out other old jokes Tuesday, 24 January 2017