A judge was punishing three me...

“Did you hear about that lightbulb party. It was totally lit.”

David, a Jewish boy, and Ali, a Muslim boy, are having a conversation. Ali: I'm getting operated on tomorrow. David: Oh? What are they going to do? Ali: Circumcise me! David: I had that done when I was just a few days old. Ali: Did it hurt? David: I couldn't walk for a year!
#joke
Joke | Source: Belief net - Joke of the day, features on religion, spirituality, faith

2nd Day of Spring
#joke
Joke | Source: Friars Club - For over 25 years the Sunshine Committee has been providing entertainment, companionship and love to children's and senior citizens centers in the NY area.

Silver Nitrate
(to the tune of "Silver Bells")
Silver nitrate, silver nitrate
it's chemistry time in the lab
Ding-a-ling, with a copper ring
soon it will be chemistry day.
Take your nitrate, in solution
Add your copper with style
In the beaker there's a feeling of reactions
silver forming, blue solution
Bringing ooh's ah's and wows
now the data procesing begins.
Get the mass, change to moles
what is the ratio with copper?
Write an equation, balance it
we're glad it's Chemistry Day.

I had amnesia once - or twice.

I had amnesia once - or twice.
Protons have mass? I didn't even know they were Catholic.
All I ask is a chance to prove that money can't make me happy.
I'd give my right arm to be ambidextrous.
If the world was a logical place, men would ride horses sidesaddle.
What is a "free" gift? Aren't all gifts free?
They told me I was gullible .. and I believed them.
Teach a child to be polite and courteous in the home and, when hegrows up, he'll never be able to edge his car onto a motorway.
Two can live as cheaply as one, for half as long.
Experience is the thing you have left when everything else is gone.
What if there were no hypothetical questions?
One nice thing about egotists: They don't talk about other people.
When the only tool you own is a hammer, every problem begins to looklike a nail.
A flashlight is a carrying case for dead batteries.
What was the greatest thing before sliced bread?
I used to be indecisive. Now I'm not sure.
The cost of living hasn't affected its popularity.
How can there be self-help "groups"?
Is there another word for synonym?
Where do forest rangers go to "get away from it all"?
Is it possible to be totally partial?
Is Marx's tomb a communist plot?
If swimming is so good for your figure, how do you explain whales?
Show me a man with both feet firmly on the ground, and I'll show you aman who can't get his pants off.
It's not an optical illusion. It just looks like one.
Is it my imagination, or do buffalo wings taste like chicken? 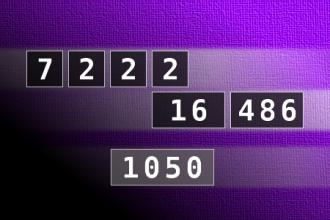 Who Wants To Be a Millionaire....

A husband and wife are watching "Who Wants To Be a Millionaire," and the husband winks and says, "Honey, let's go upstairs..."

The wife says no, so the husband asks again. Again she says no.

So the husband says, "Is that your final answer?" The wife says yes.

The husband says, "Well, can I phone a friend?"

It doesn't hurt to take a hard look at yourself from time to time, and this should help get you started.
During a visit to the mental asylum, a visitor asked the director what the criterion was that defined whether or not a patient should be institutionalized.
"Well," said the Director, "we fill up a bathtub, then we offer a teaspoon, a teacup and a bucket to the patient and ask him or her to empty the bathtub."
"Oh, I understand," said the visitor. "A normal person would use the bucket because it's bigger than the spoon or the teacup."
"No," said the Director, "A normal person would pull the plug. Do you want a room with or without a view?"

A beautiful woman loved growing tomatoes, but couldn't seem to get her tomatoes to turn red. One day, while taking a stroll, she came upon a gentleman neighbor who had the most beautiful garden full of huge red tomatoes.

The woman asked the gentlemen,"What do you do to get your tomatoes so red?" The gentlemen responded, "Well, twice a day I stand in front of my tomato garden naked in my trench coat and flash them. My tomatoes turn red from blushing so much."
Well, the woman was so impressed; she decided to try doing the same thing to her tomato garden to see if it would work. So twice a day for two weeks she flashed her garden hoping for the best.
One day the gentleman was passing by and asked the woman, "By the way, how did you make out? Did your tomatoes turn red?"
No", she replied, "but my cucumbers are enormous."