Q: What do you call a dead atheist? A: Someone all dressed up with nowhere to go! - Joke shared by Beliefnet member sharohio
#joke #short
Joke | Source: Belief net - Joke of the day, features on religion, spirituality, faith

Breaking Into A House


A man went to the Police Station wishing to speak with the burglar who had broken into his house the night before.
"You'll get your chance in court." said the Desk Sergeant.
"No, no no!" said the man. "I want to know how he got into the house without waking my wife. I've been trying to do that for years!"

A father is explaining ethics to his son, who is about to go into business. 'Suppose a woman comes in and orders a hundred dollars worth of material. You wrap it up, and you give it to her. She pays you with a $100 bill. But as she goes out the door you realize she’s given you two $100 bills. Now, here’s where the ethics come in: should you or should you not tell your partner?'

“Why couldn't the pig see his house? He had a sty in his eye.”

A blond at a party was telling

The Iowa Wage and Hour Departm...

The Iowa Wage and Hour Department claimed a man owning a small farm was not paying proper wages to his help and sent an agent to interview him.
"I need a list of your employees and how much you pay them," demanded the agent.
"Well, there are my hired hands. One has been with me for four years; the other for three. I pay them each $600 a week, plus free room and board. The cook has been here for 18 months, and I pay her $500 a month plus free room and board. Then there's the half-wit that works here about 18 hours a day. He takes home $10 a week and I buy him a bottle of bourbon every week," replied the farmer.
"That's the guy I want to talk to; the half-wit," said the agent.
The farmer said, "That would be me." 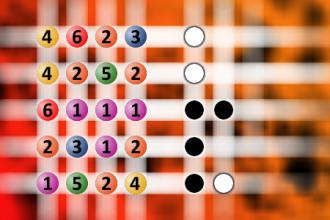 "Thanks for the harmonica you gave me for Christmas," little Joshua said to his uncle the first time he saw him after the holidays. "It's the best present I ever got."

"Oh, I don't play it," the little fellow said. "My mom gives me a dollar a day not to play it during the day and my dad gives me five dollars a week not to play it at night.

#joke #christmas
Joke | Old joke from joke of the day archives - Check out other old jokes Monday, 18 May 2015