A senior citizen was clearing

A senior citizen was clearing out his attic when he came upon an old painting and a violin. Thinking they might be valuable, he took them to the auction house to be valued.
After studying them, the appraiser said, "Mr Cooper, I have good news and I have bad news."
"What's the good news?" the senior asked.
"The good news is that you have a Stradivarius and a Picasso," replied the appraiser.
"Fantastic! What's the bad news?"
"Well sir, the bad news is that Stradivarius was a very bad painter and Picasso was no good with violins."

“I wanted to bid at t

“I wanted to bid at the silent auction, but it was not aloud.”

A man and his wife were celebr

A man and his wife were celebrating 50 years together. Their three kids,all very successful, agreed to a Sunday dinner in their honor
"Happy Anniversary Mom and Dad," gushed son number one... "Sorry I'm running late... had an emergency, you know how it is, didn't have timeto get you both a present."
Not to worry," said the dad.."the important thing is that we're allhere together today."
Son number two arrived and announced, "you and Mom still look great,Dad just flew in from L.A. and didn't have time to get you a present... Sorry."
"It's nothing," said the father, "Glad you were able to be here."
Just then the daughter arrived, "Hello both of you, Happy Anniversary!I'm sorry, but my boss is sending me out of town and I was really busypacking... so I didn't have time to get you guys anything."
Again the father said, "I really don't care, at least the five of usare together today." After they had all finished dessert, the father putdown his knife and fork, looked up and said, "Listen up, all three of you, there's something your mother and I have wanted to tell you for a longtime. You see, we were very poor. Despite this, we were able to raise each of you and send you to college. All through the years your motherand I knew that we loved each other very much but... we just neverfound the time to get married."
The three kids gasp and said, "You mean we're bastards?"
"Yep," said the dad..."and cheap ones too!"


Mommy, Mommy! My teacher says my head is too big.
Shut up and get your hat from the garage, so your father can bring the car in!

Mommy, Mommy! Can I play in the sandbox?
Not until I find a better place to bury Daddy.

Mommy, Mommy! Why can't we give Dad a decent burial?
Shut up and keep flushing.

Mommy, Mommy! Daddy's on fire!
Shut up and get the marshmallows!

Mommy, Mommy! Daddy fell in the campfire!
Shut up and get the barbecue sauce!

JEWBILATION - Pride in finding out that one's favorite celebrity is Jewish. TORAHFIED - Inability to remember one's lines at one's Bar or Bat mitzvah. CHUTZPAPA - A father who wakes his wife at 4:00 AM so she can change the baby's diaper. DISORIYENTA - When Aunt Sadie gets lost in a department store and strikes up a conversation with everyone she passes. MISHPOCHAMARKS - The assorted lipstick and make-up stains found on one's face and collar after kissing all one's aunts and cousins at a reception. ROSH HASHANANA - A rock 'n roll band from Brooklyn. FEELAWFUL - Indigestion from eating Israeli street food. KINDERSCHLEP - To transport other kids in your car besides yours. OYVAYSMEAR - What one says when the cream cheese squeezes out of the bagel and falls on your clean pants. JEWDO - A traditional form of self-defense based on talking one's way out of a tight spot.
#joke
Joke | Source: Belief net - Joke of the day, features on religion, spirituality, faith

A first-grade teacher had twenty-five students in her Clarkston, MI class.
She presented each child in her class the first half of a well-known proverb and asked them to come up with the remainder of the proverb.
It’s hard to believe these were actually done by first graders. Their insight may surprise you.
While reading, keep in mind that these are just 6-year-olds because the last one is classic… although sad to see it said!
#joke
Joke | Source: Friars Club - For over 25 years the Sunshine Committee has been providing entertainment, companionship and love to children's and senior citizens centers in the NY area. 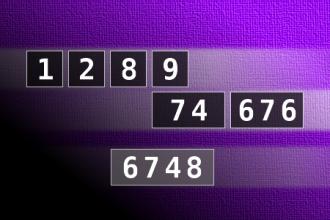 Two cows were chatting over the fence between their fields. The first cow said, "I tell you, this mad-cow-disease is really pretty scary. They say it is spreading fast; I heard it hit some cows down on the Johnson Farm."

The other cow replied, "Ah, I ain't worried, it won't affect us ducks."

Chuck Norris feels that brass knuckles should be allowed in the fight to cure diabetes.
#joke #short #chucknorris
Joke | Old joke from joke of the day archives - Check out other old jokes Monday, 30 May 2011

Oh to be in the 5th grade again

A teacher asks the kids in her 5th grade class: 'What do you want to be when you grow up?'
Little Larry says: 'I wanna start out as a Fighter Pilot, then be a billionaire, go to the most expensive clubs, find me the finest whore, give her a Ferrari worth over a million bucks, an apartment in Copacabana, a mansion in Paris, a jet to travel throughout Europe, an Infinite Visa Card, and all the while banging her like a loose screen door in a hurricane.'
The teacher, shocked and not knowing what to do with this horrible response from little Larry, decides not to acknowledge what he said and simply tries to continue with the lesson 'And how about you, Sarah?'
'I wanna be Larry's whore.'

Two small boys, not yet old enough to be in school, were overheard talking at the zoo one day.

"My Daddy's an accountant. What does your Daddy do for a living?"

#joke #lawyer
Joke | Old joke from joke of the day archives - Check out other old jokes Wednesday, 30 May 2012