Mommy, Mommy! Why do other kids tell me I have a big head?
Don't worry. Take your cap and go get me 40 lbs of potatoes at the store.

Mommy, Mommy! Why do other kids tell me I have a long nose?
You don't, but lift your head up or you'll scrape the floor.

Mommy, Mommy! Are you sure this is how to learn to swim?
Shut up and get back in the sack!

Mommy, Mommy! How come sister gets to watch TV and I can't?
Shut up or I'll cut your ears off, too!

A Sunday school teacher asked the children just before she dismissed them to go to church, "And why is it necessary to be quiet in church?" Annie replied, "Because people are sleeping."
#joke #short
Joke | Old joke from joke of the day archives - Check out other old jokes Friday, 14 September 2018

On his way out of church after

On his way out of church after mass, Frank stopped at the door to speakto the minister. "Would it be right," he asked, "for a person to profitfrom the mistakes of another?"
"Absolutely not!" replied the pastor, disappointed that Frank wouldeven ask such a question.
"In that case," said the young man, "I wonder if you'd considerreturning the hundred dollars I paid you to marry my wife and me lastJuly."

In a certain suburban neighborhood, there were two brothers, 8 and 10 years old, who were exceedingly mischievous. Whatever went wrong in the neighborhood, it nearly always turned out they had had a hand in it. Their parents were at their wits' end trying to control them and after hearing about a priest nearby who worked withdelinquent boys, the mother suggested to the father that they ask the priest to talk to them.

The mother went to the priest and made her request. He agreed, but said he wanted to see the younger boy first and alone. So the mother sent him to the priest.

The priest sat the boy down across from the huge, impressive desk he sat behind. For about five minutes they just sat and stared at each other. Finally, the priest pointed his forefinger at the boy and asked, "Where is God?"

The boy looked under the desk, in the corners of the room, all around, but said nothing.

Again, louder, the priest pointed at the boy and asked, "Where is God?"

Again the boy looked all around but said nothing. A third time, in a louder, firmer voice, the priest leaned far across the desk and put his forefinger almost to the boy's nose, and asked, "Where is God?"

The boy panicked and ran all the way home. Finding his older brother, he dragged him upstairs to their room and into the closet, where they usually plotted their mischief and quickly said, "We are in big trouble!"

The older boy asked, "What do you mean, big trouble?"

His brother replied, "God is missing and they think we did it!" 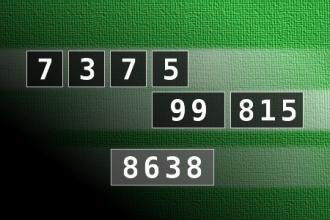 A little girl asked her father...

A little girl asked her father, "Daddy? Do all Fairy Tales begin with Once Upon A Time?"
He replied, "No, there is a whole series of Fairy Tales that begin with 'If Elected I promise...'"

Tom Shillue: Pose for a Painting

When I meet a girl, I ask her to pose nude for a painting Im doing because thats a very good way to get her to sleep with me.
#joke #short
Joke | Old joke from joke of the day archives - Check out other old jokes Monday, 07 November 2011

I went and watched the New York City Marathon. It goes right by my apartment in Brooklyn, and I went with a group of friends. And all my friends are cheering for the runners; theyre like, Whoo! Good job! Way to go! Keep it up, youre lookin good! Great job! I was like, You dont have to do that! Thats unnecessary! You know what? Ive got a bike, you can take it. Better yet, come inside -- Ive got air conditioning; my roommate made some guacamole, its awesome; we rented Meatballs.
#joke
Joke | Old joke from joke of the day archives - Check out other old jokes Sunday, 07 November 2010

I Am Going To Shop

"Cash, check or charge?" I asked after folding items the woman wished to purchase. As she fumbled for her wallet I notice a remote control for a television set in her purse.
"Do you always carry your TV remote?" I asked.
"No," she replied. "But my husband refused to come shopping with me, so I figured this was the most evil thing I could do to him."