“Driving with one hea

"Who likes music?" asks a comm

"Who likes music?" asks a commander.
Two soldiers step forward.
"OK you two. I bought a piano. Take it to my apartment on the fourth floor."

Knock Knock
Who's there?
Adelia!
Adelia who?
Adelia the cards and we'll play snap!

Did They All Live Happily Ever After?

Cinderella was now 75 years old. After a fulfilling life with the now passed-away Prince, she happily sat upon her rocking chair, watching the world go by from her front porch, with a cat called Alan for companionship. One sunny afternoon, out of nowhere, appeared the Fairy Godmother. Cinderella said: “Fairy Godmother, what are you doing here after all these years?”

The Fairy Godmother replied: “Well, Cinderella, as you have lived a good, wholesome life since we last met, I have decided to grant you three wishes. Is there anything for which your heart still yearns?”

Cinderella was overjoyed, and after some thoughtful consideration, almost under her breath, she uttered her first wish:
“I wish I was wealthy beyond comprehension.”

Instantly, her rocking chair was turned into solid gold. Cinderella was stunned. Alan, her old faithful cat, jumped off her lap and scampered to the edge of the porch, quivering with fear.

The Fairy Godmother replied: “It’s the least I can do. What does your heart desire for your second wish?”

Cinderella looked down at her frail body and said: “I wish I were young and full of the beauty of youth again.”

At once, her wish became reality, and her beautiful youthful visage returned. Cinderella felt stirrings inside her that had been dormant for years. And long forgotten vigor and vitality began to course through her very soul.

Then the Fairy Godmother again spoke: “You have one more wish, what will you have?”

Cinderella looked over to the frightened cat in the corner and said: “I wish you to transform Alan my old cat into a beautiful and handsome young man.”

Magically, Alan suddenly underwent a fundamental change in his biological make-up, that, when complete, he stood before her a boy so beautiful – the likes of which neither she nor the world had ever seen – so fair indeed that birds began to fall from the sky at his feet.

The Fairy Godmother again spoke: “Congratulations, Cinderella. Enjoy your new life!” And, with a blazing shock of bright blue electricity, she was gone. For a few eerie moments, Alan and Cinderella looked into each other’s eyes. Cinderella sat, breathless, gazing at the most stunningly perfect boy she had ever seen.

Then Alan walked over to Cinderella, who sat transfixed in her rocking chair, and held her close in his strong, youthful arms. He leaned in close to her ear, whispered, blowing her golden hair with his warm breath:

“I bet you regret having me neutered now, don’t you?”

How to Have a Perfect Pastor

A recent survey has compiled all the qualities that people expect from the perfect pastor:Results of a computerized survey indicated that the perfect pastor preaches exactly 12 minutes. He frequently condemns sin but never upsets anyone. He works from 8 a.m. until midnight and is also a janitor. He makes $60 a week, wears good clothes, buys good books, drives a good car, and gives about $80 a week to the poor. He is 28 years of age, but he's been preaching for 30 years.He is wonderfully gentle and handsome. He gives himself completely but never gets too close to anyone to avoid criticism.He speaks boldly on social issues, but must never become politically involved. He has a burning desire to work with teenagers, but he spends all his time with senior citizens. He makes 15 daily calls to parish families, visits shut-ins and the hospitalized, spends all his time evangelizing the unchurched, and is always in his office when needed.
#joke
Joke | Source: Belief net - Joke of the day, features on religion, spirituality, faith

An American businessman goes to Japan on a business trip, but he hates Japanese food, so he asks the concierge at his hotel if there's any place around where he can get American food. The concierge tells him he's in luck, there's a pizza place that just opened, and they deliver. The concierge gives the businessman the phone number, and he goes back to his room and orders a pizza.

Thirty minutes later, the delivery guy shows up to the door with the pizza. The businessman takes the pizza, and starts sneezing uncontrollably. He asks the delivery man, "What the Heck did you put on this pizza?" The delivery man bows deeply and says, "We put on the pizza what you ordered, pepper only." 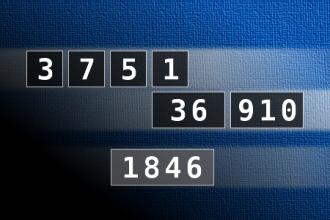