A man working with an electric...

A man working with an electric saw accidentally saws off all 10 fingers. He rushes to the emergency room. The doctor says, "Give me the fingers and I'll see what I can do."
"But I don't have the fingers!"
"Why didn't you bring the fingers?!" asks the incredulous doctor.
"Doc, I couldn't pick them up."

“Brewery workers demand for concessional beer for their consumption, was considered on a case by case basis, and a ration-ale decision was reached by the management.”

A blonde is terribly overweight, so her doctor put her on a diet. "I want you to eat regularly for two days, then skip a day, and repeat this procedure for two weeks. The next time I see you, you'll have lost at least 5 pounds."
When the blonde returned, she shocked the doctor by losing nearly 20 pounds. "Why, that's amazing!" the doctor said, "Did you follow my instructions?"
The blonde nodded, "I'll tell you though, I thought I was going to drop dead that third day."
"From hunger, you mean?" asked the doctor.
"No, from skipping."
#joke #blonde #doctor
Joke | Source: Joke of the Day - Jokes served hot and fresh daily.

This Man Has Quite The Excuse For Cheating On His Wife

A woman came home early from work one day and found her husband in bed with a young and attractive woman.
The woman yelled at her husband in anger: “You slimy disrespectful pig! How dare you do this to me!? I’m the mother of your children, and I’ve been faithful to you all these years! I want a divorce now!”
The husband answered: “Wait a second my love, let me at least explain what happened.”
“All right, let’s hear what you have to say for yourself,” answered the wife waiting to see just how her husband would try to talk his way out of this one, “but these are your last words.”
Her husband started recalling: “today when I left work and got in my car to head home and this woman asked me for a ride.”
“I noticed that she was very skinny and wearing worn out clothes covered in muck and mud. She told me she hadn’t eaten in three days.”
“She looked worse for wear so I took pity on her and let her into the car.”
“In my mercy for her, instead of taking her straight to where she needed to go, I brought her home first and warmed her up a plate of goulash, the same plate I made for you last night which you didn’t eat claiming you’d ‘get fat’.”
“She devoured it in seconds.”
“Since she needed to get clean, I offered to let her use our shower.”
“While she showered, I noticed that her clothes were very dirty and worn, so I threw them out. She needed new clothes so I brought her the old jeans you no longer wear because they’re ‘too tight’.”
“I also gave her some underwear I bought you that you didn’t wear because ‘I don’t have good taste in clothes’.”
“I found the shirt my mom bought you for Christmas that you didn’t wear to ‘piss her off’. And I gave her the high heels you only wore once because ‘someone at work had the same pair’.”
The husband took a deep breath and continued…
“She was so grateful for my understanding and help. When I walked her to the door she turned around with tears in her eyes and asked…”
“You’re such a great person! Is there anything else your wife doesn’t use?”

#joke #christmas
Joke | Source: Friars Club - For over 25 years the Sunshine Committee has been providing entertainment, companionship and love to children's and senior citizens centers in the NY area.

The tribal wisdom of the Dakot...

The tribal wisdom of the Dakota Indians, passed on from generation togeneration, says that "When you discover that you are riding a dead horse,the best strategy is to dismount."
However, in government more advanced strategies are often employed, such as:
1. Buying a stronger whip.
2. Changing riders.
3. Appointing a committee to study the horse.
4. Arranging to visit other countries to see how other cultures ride deadhorses.
5. Lowering the standards so that dead horses can be included.
6. Reclassifying the dead horse as living-impaired.
7. Hiring outside contractors to ride the dead horse.
8. Harnessing several dead horses together to increase speed.
9. Providing additional funding and/or training to increase the dead horse'sperformance.
10. Doing a productivity study to see if lighter riders would improve thedead horse's performance.
11. Declaring that as the dead horse does not have to be fed, it is lesscostly, carries lower overhead and therefore contributes substantially moreto the bottom line of the economy than do some other horses.
12. Rewriting the expected performance requirements for all horses.
And, of course...
13. Promoting the dead horse to a supervisory position 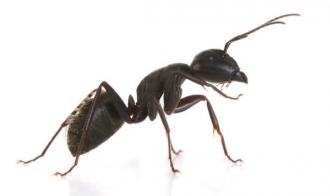