A circus owner runs an ad for

A circus owner runs an ad for a lion tamer and two young people show up. One is a good looking lad in his mid-twenties and the other is a gorgeous blonde about the same age.
The circus owner tells them: I'm not going to sugar coat it. This is one ferocious lion. He ate my last tamer so you guys better be good or you're history. Here's your equipment: chair, whip and a gun. Who wants to try out first?"
The girl says, "I'll go first." She walks past the chair, the whip and the gun and steps right into the lion's cage. The lion starts to snarl and pant and begins to charge her. About half way there, she throws open her coat revealing her beautiful naked body. The lion stops dead in his tracks, sheepishly crawls up to her and starts licking her ankles. He continues to lick her calves, kisses them and rests his head at her feet.
The circus owner's mouth is on the floor. He says, "I've never seen a display like that in my life," He then turns to the young man and asks, "can you top that?"
The young man replies. "No problem, just get that lion out of the way."
#joke #blonde
Joke

One Monday evening Jessica found her husband Mike with his head cocked looking at their baby's cot. Silently she watched him. As Mike twisted and turned looking at at their infant, Jessica could see on Mike's face a mixture of emotions: disbelief, doubt, joy, surprise, enchantment and skepticism.
Mike did not usually show his emotions and his unusual display brought tears to her eyes. Jessica put her her arm around her husband and asked, "A penny for your thoughts."
"It's amazing!" Mike replied, "I just can't work out how Kiddicare are able to make a cot like that for only $49.99."

On our seventh wedding anniversary I broke out in hives...
I think they call that the seven year itch!

Have A Microsoft Christmas


'Twas the night before Christmas, and all through the house Not a creature was stirring, except father's mouse. The computer was humming, the icons were hopping, As father did last-minute Internet shopping.
The stockings were hung next the modem with care In the hope that Santa would bring new software. The children were nestled all snug in their beds, With visions of computer games filling their heads.
Dark Forces for Billy, Doom II for Dan, Carmen Sandiego for Pamela Ann. The letters to Santa had been sent out by mum, To santa@toyshop.northpole.com--
Which now had been re-routed to Washington State Where Santa's workshop had been moved by Bill Gates. All the elves and the reindeer had had to skedaddle To flashy new quarters in suburban Seattle.
After living a life that was simple and spare, Santa now finds he's a new billionaire, With a shiny red Porsche in place of his sleigh, And a house on Lake Washington just down the way > From where Bill has his mansion. The old fellow preens In black Gucci boots and red Calvin Klein jeans. The elves have stock options and desks with a view, Where they write computer code for Johnny and Sue.
No more dolls or tin soldiers or little toy drums Will be under the tree, only compact disk roms With the Microsoft label. So spin up your drive, >From now on Christmas runs only on Win95.
More rapid than eagles the competitors came, And Bill whistled, and shouted, and called them by name. "Now, ADOBE! now, CLARIS! now, INTUIT! too, Now, APPLE! and NETSCAPE! you're all of you through,
It's Microsoft's SANTA that the kids can't resist, It's the ultimate software with a traditional twist - Recommended by no less than the jolly old elf, And on the package, a picture of Santa himself.
Get 'em young, keep 'em long, is Microsoft's theme, And a merger with Santa is a marketer's dream. To the top of the NASDAQ! To the top of the Dow! Now dash away! dash away! dash away - wow!"
And mum in her 'kerchief and me in my cap, Had just settled down for a long winter's nap, When out on the lawn there arose such a clatter, The whirr and the hum of our satellite platter, As it turned toward that new Christmas star in the sky, The SANTALITE owned by the Microsoft guy. As I sprang from my bed and was turning around, My computer turned on with a Jingle-Bells sound.
And there on the screen was a smiling Bill Gates Next to jolly old Santa, two arm-in-arm mates. And I heard them exclaim in voices so bright, have a Microsoft Christmas, and to all a good night!
The above document was written by Chet Raymo.

Little Johnny and the lawnmower...

This preacher was looking for a good used lawnmower one day. He found one at a yard sale that Little Johnny happened to be manning.

Little Johnny said, "Sure does...just pull on the cord hard, though."

The preacher took the mower home and when he got ready to mow he yanked and pulled and tugged on that cord. Nothing worked. It wouldn't start.

Thinking he'd been swindled, he took the mower back to Little Johnny's house. "You said this would work if I pulled on the cord hard enough."

"Well," Johnny said, "you need to cuss at it sometimes."

The preacher was aghast. "I've not done that in years!"

"Just keep yanking on that cord, Preacher. It'll come back to you." 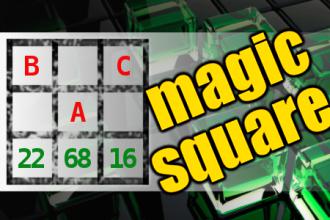 1. If you're too open minded

1. If you're too open minded, your brains will fall out.
2. Age is a very high price to pay for maturity.
3. Going to church doesn't make you a Christian any more than going to a garage makes you a mechanic.
4. Artificial intelligence is no match for natural stupidity.
5. If you must choose between two evils, pick the one you've never tried before.
6. My idea of housework is to sweep the room with a glance.
7. Not one shred of evidence supports the notion that life is serious.
8. It is easier to get forgiveness than permission.
9. For every action, there is an equal and opposite government program.
10. If you look like your passport picture, you probably need the trip.
11. Bills travel through the mail at twice the speed of checks.
12. A conscience is what hurts when all your other parts feel so good.
13. Eat well, stay fit, die anyway.
14. Men are from earth. Women are from earth. Deal with it.
15. No husband has ever been shot while doing the dishes.
16. A balanced diet is a cookie in each hand.
17. Middle age is when broadness of the mind and narrowness of the waist change places.
18. Opportunities always look bigger going than coming.
19. Junk is something you've kept for years and throw away three weeks before you need it.
20. There is always one more imbecile than you counted on.
21. Experience is a wonderful thing. It enables you to recognize a mistake when you make it again.
22. By the time you can make ends meet, they move the ends.
23. Thou shalt not weigh more than thy refrigerator.
24. Someone who thinks logically provides a nice contrast to the real world.
25. Blessed are they who can laugh at themselves for they shall never cease to be amused.

I love this story – from the blonde files

A beautiful young model boarded a plane to New York with a ticket for the economy section. She looked at the seats in economy, and then looked into the forward cabin at the luxurious first-class seats.
Seeing that the first-class seats appeared to be much larger and more comfortable, she moved forward to the last empty seat in first-class.
The flight attendant checked her ticket and told the woman that her seat was in economy.
The blonde replied, 'I'm a famous model, and I’ve never had this problem before. I'm going to sit here all the way, until we get to New York.'
Flustered, the flight attendant went to the cockpit and informed the captain of the problem. The captain went back and told the woman that her assigned seat was in economy.
Again, the blonde replied: 'I'm a famous model. I'm sitting here all the way to New York.”
The captain didn’t want to cause a commotion, and so returned to the cockpit to discuss the blonde problem with the co-pilot.
The co-pilot said that he used to date a model like her, and that he could take care of the problem. He then went back and briefly whispered something in the blonde's ear.
She immediately got up and said, 'okay, thank you'. She then hugged the co-pilot, and rushed back to her seat in the economy section.
The pilot and flight attendant, who were watching with rapt attention, asked the Co-pilot what he had said to the woman.
He replied, 'I just told her that the first-class seats aren't going to New York.'

After trying a new shampoo for the first time, a guy fired off an enthusiastic letter of approval to the manufacturer.

Several weeks later he came home from work to a large carton in the middle of the floor. Inside were free samples of the many products the company produced: soaps, detergents, tooth paste, and paper items.

“Well, what do you think?” his wife asked smiling.

“Next time,” he replied. “I'm writing to General Motors!”

Joe had asked Bob to help him out with the deck after work, so Bob just went straight over to Joe's place. When they got to the door, Joe went straight to his wife, gave her a hug and told her how beautiful she was and how much he had missed her at work. When it was time for supper, he complimented his wife on her cooking, kissed her and told her how much he loved her.
Once they were working on the deck, Bob told Joe that he was surprised that he fussed so much over his wife. Joe said that he'd started this about six months ago, it had revived their marriage, and things couldn't be better. Bob thought he'd give it a go. When he got home, he gave his wife a massive hug, kissed her and told her that he loved her. His wife burst into tears.
Bob was confused and asked why she was crying. She said, "This is the worst day of my life. First, little Billy fell off his bike and twisted his ankle. Then, the washing machine broke and flooded the basement. And now, you come home drunk!"
#joke
Joke | Old joke from joke of the day archives - Check out other old jokes Sunday, 13 March 2011

Q: Why did Smokey the Bear never have children?
A: Every time his wife got hot, he stamped her out.

Dear God,
When I get to heaven, can I sit on your couch? Or is it the same old story?
Also, are there mailmen in Heaven? If there are, will I have to apologize?
Thank You God,
The Dog
- Joke shared by Beliefnet member Jalus