“My favorite garden store is having a sale on potting soil. It is now dirt cheap.”

Julia's mother asked her, "Why are you feeding birdseed to the cat?"
"Because," Julia answered, "that's where my canary is."

My grandfather once told m

My grandfather once told me my generation relied too much on technology, I screamed to him that his dos and unplugged his life support


An economist is someone who gets rich explaining others why they are poor.

The last severe depression and banking crisis could not have been achieved by normal civil servants and politicians, it required economists involvement.

Contagion: A strory demostrating the possible outcomes from interlinkages in the financial markets.

Two economists sit down to play chess. They study the board for 24 hours and declare a stale-mate.

Q: What does it take to be a good economist?
A: An unshakeable grasp of the obvious!

Q: What's the difference between mathematics and economics?
A: Mathematics is incomprehensible; economics just doesn't make any sense.

An economist is someone who didn't have enough personality to become an accountant.

Economics is extremely useful as a form of employment for economists.

Q: What's the difference between a finance major and an economics major?
A: Opportunity cost

The First Law of Economists: For every economist, there exists an equal and opposite economist.

The Second Law of Economists: They're both wrong.

An economist is an expert who will know tomorrow why the things he predicted yesterday didn't happen today. - Laurence J. Peter

A study of economics usually reveals that the best time to buy anything is last year. - Marty Allen

I don't think you can spend yourself rich. - George Humphrey

If all economists were laid end to end they would not reach a conclusion. - George Bernard Shaw

An economist is someone who knows the price of everything and the value of nothing.

Tariff -- A scale of taxes on imports, designed to protect the domestic producer against the greed of his consumer.

Economists are people who are too smart for their own good and not smart enough for anyone else's.

Economy -- Purchasing the barrel of whiskey that you do not need for the price of the cow that you cannot afford.

An economist is someone who doesn't know what he's talking about - and make you feel it's your fault.

I was sitting in the waiting r...

I was sitting in the waiting room for my first appointment with a new dentist. I noticed his dds diploma on the wall, which bore his full name. Suddenly, i remembered a tall, handsome, dark-haired boy with the same name had been in my high school class some 30-odd years ago. Could he be the same guy that i had a secret crush on, way back then? Upon seeing him, however, I quickly discarded any such thought. This balding, gray-haired man with the deeply lined face was way too old to have been my classmate. After he examined my teeth, I asked him if he had attended northmont high school.
'Yes. Yes, I did. I'm a thunderbolt,' he gleamed with pride.
When did you graduate?' I asked.
He answered, 'in 1975. Why do you ask?'
You were in my class!', I exclaimed.
He looked at me closely. Then, that ugly, old, bald, wrinkled faced, fat-ass, gray-haired, decrepit son-of-a-bitch asked, 'what did you teach?'

The bookie slowly counted out...

The bookie slowly counted out the money into the old lady's wrinkled hands.
"Lady," he said, "I just don't understand. However did you manage to pick the winner?"
The old lady patted her white locks in place. She looked a little bewildered. "Really," she said, "I don't know myself. I just stick a pin in the paper and, well, there it is."
The bookie took a deep breath. "That's all very well, lady," he cried. "But how on earth did you manage to pick four winners yesterday afternoon?"
"Oh," replied the old lady, "that was easy. I used a fork." 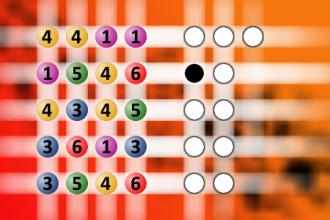 Sex and pizza, they say, are similar. When its good, its good. When its bad, you get it on your shirt.
#joke #short
Joke | Old joke from joke of the day archives - Check out other old jokes Sunday, 21 March 2010

Little Johnny's new baby brother was screaming up a storm.
Johnny asked his mom, â€œWhereâ€™d he come from?â€
â€œHe came from heaven, Johnny.â€
â€œWow! I can see why they threw him out!â€
This joke was reprinted from "Laugh Yourself Healthy" by Charles and Frances Hunter, with permission of Strang Communications. Copyright 2008. All rights reserved.

This is America. It is my God given right to be loudly opinionated about something I am completely ignorant of.
#joke #short
Joke | Old joke from joke of the day archives - Check out other old jokes Monday, 21 March 2011

Id like a game show with millionaires on it, and they have to play with their own money, and they cant win money, they can only lose til one them goes complete broke, and the shows called Ha Ha, Now Youre Poor.
#joke #short
Joke | Old joke from joke of the day archives - Check out other old jokes Wednesday, 21 March 2012