"I think I have a problem, Doc

"I think I have a problem, Doc," says a patient. "One of my balls has turned blue."
The doctor examines the man briefly and concludes that the patient will die if he doesn't have his testicle removed.
"Are you crazy?!" bursts the patient. "How could I let you do such a thing to me!"
"You want to die?" asks the doctor rhetorically, at which point the patient has to agree to have his testicle removed.
Two weeks after the operation, the patient comes back. "Doc, I don't know how to say this, but the other ball has turned blue, too."
Again, the doctor tells him that if he wants to live, his other testicle must be cut off, too. Again, the man is very resistant to the idea.
"Hey, you want to die?" asks the doctor, and the patient has to agree with the operation.
After two weeks of being testicle-less, the patient returns to the doctor and says, "I think something is very wrong with me. My penis is now completely blue."
After briefly examining the patient, the doctor gives him the bad news: If he wants to live, his penis has to go. Of course, the patient does not want to hear about it.
"You want to die?" asks the doctor.
"But...how do I pee?"
"We'll install a plastic pipe, and there will be no problem."
So the patient has his penis removed, and, a while after the operation, the unfortunate man enters the doctor's office again.
He is very angry.
"Doctor, the plastic pipe turned blue!"
"What?"
"Can you tell me what the hell is happening??"
The doctor examines the patient more carefully and says,
"Hmmm, I don't know. Could it be the jeans?"

Little Johnny turns up late for school one day and his teacher asks why.
Little Johnny responds, "It's snowing heavily outside, so every time I took one step forward, I slipped two steps back."
"Well, how did you make it to school then?"
Little Johnny sighs, "I got fed up, so I turned to go home."

Good To Be American


Top ten reasosn why it's great to be American

“Ivory soap is used b

“Ivory soap is used by an elephant to clean its tusks.”

Harvey's grandfather clock suddenly stops working right one day, so he loads it into his van and takes it to a clock repair shop. In the shop is a little old man who insists he is Swiss, and has a heavy German accent. He asks Harvey, "Vat sims to be ze problem?"

The old man says, "Mmm-Hm!" and steps behind the counter, where he rummages around a bit. He emerges with a huge flashlight and walks over to the grandfather clock. He turns the flashlight on, and shines it directly into the clocks face. Then he says in a menacing voice, "Ve haf vays of making you tock!"

#joke
Joke | Old joke from joke of the day archives - Check out other old jokes Tuesday, 31 May 2016

The volunteers arrived in a dilapidated old fire truck. They rumbled straight towards the fire, drove right into the middle of the flames and stopped! The firemen jumped off the truck and frantically started spraying water in all directions. Soon they had snuffed out the center of the fire, breaking the blaze into two easily-controlled parts.

"That ought to be obvious," he responded, wiping ashes off his coat. "The first thing we're gonna do is get the brakes fixed on our fire truck!" 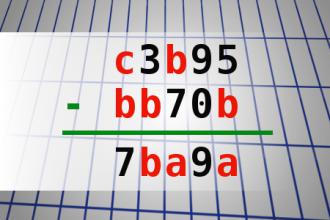 Little Miss Muffet sat on her ...

Little Miss Muffet sat on her tuffet, until Chuck Norris roundhouse kicked her into a glacier.
#joke #short #chucknorris
Joke | Old joke from joke of the day archives - Check out other old jokes Thursday, 26 May 2011

The other night, I was invited out for a night with "the girls." I told my husband that I would be home by midnight. "I promise," were my last words.

The hours passed and the margaritas went down way too easily and around 3 a.m. we piled into a cab and headed to our respective homes, quite inebriated.

Just as I walked through the door, the cuckoo clock in the hall started up and cuckooed 3 times!

Realizing that my husband would probably wake up to this, I quickly cuckooed another 9 times. I was quit pleased with myself for coming up with such a quick witted solution to cover up my tardiness. Even with my impaired judgment, I could count 3 cuckoos plus 9 cuckoos equaled 12 cuckoos!

The next morning, my husband asked me what time I got in, and confidently, I replied, "Midnight...like I promised." He didn't even raise and eyebrow and went on reading the morning paper! Phew! Got away with that one!

After a moment, he then replied, "I think we might need a new cuckoo clock."

A bit nervously, I asked him why, to which he responded:

Phillip and Phoebe are parked in Lover's Lane.

He embraces her with one arm, and begins to explore with the other hand. Looking over her shoulder, he sees a policeman approaching.

#joke #short #policeman
Joke | Old joke from joke of the day archives - Check out other old jokes Saturday, 26 May 2012