Go To The Principal's Office

The teacher in Little Johnnys class approached him and directed he go to the principal's office. When he got there, the principle said to him, "Little Johnny, I've had complaints about you from all your teachers. What have you been doing?"
Little Johnny replied, "Nothing, Sir!"
The principal replied, "EXACTLY!"

“The cobbler's tools had a party. A good time was had by awl.”

Husband: "What are you doing?"

Husband: "What are you doing?"
Wife: "Nothing."
Husband: "Nothing? You've been reading our marriage certificate for an hour."
Wife: "I was looking for the expiration date."

Recently I received a parrot a

Recently I received a parrot as a gift.
The parrot had a bad attitude and an even worse vocabulary.Every word out of the bird's mouth was rude, obnoxious and laced withprofanity.
I tried and tried to change the bird's attitude by consistentlysaying only polite words, playing soft music and anything else I couldthink of to "clean up" the bird's vocabulary.
Finally, I was fed up and I yelled at the parrot.
The parrot yelled back.
I shook the parrot and the parrot got angrier and even ruder.
So, in desperation, I threw up my hands, grabbed the bird andput him in the freezer.
For a few minutes the parrot squawked and kicked and screamed.
Then suddenly there was total quiet.
Not a peep was heard for over a minute.
Fearing that I'd hurt the parrot,
I quickly opened the door to the freezer.
The parrot calmly stepped out onto my outstretched arms and said
"I believe I may have offended you with my rude language andactions.
I'm sincerely remorseful for my inappropriate transgressions andI fully intend to do everything I can to correct my rude andunforgivable behavior."
I was stunned at the change in the bird's attitude.
As I was about to ask the parrot what had made such a dramaticchange in his behavior, the bird continued,
"May I ask what the turkey did?"

The boy and the bible

A little boy opened the big old family Bible and with fascination, he looked at the old pages as he turned them. Then something fell out of the Bible and he picked it up and looked at it closely. It was an old leaf from a tree that had been pressed in between the pages.

"Momma, look what I found," the boy called out.

"What have you got there?" his mother asked.

With astonishment in the young boy's voice he answered: "It's Adam's suit!" 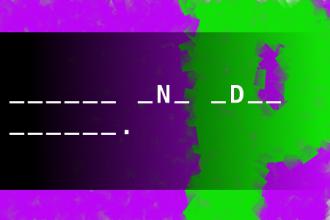 Chuck Norris feels that brass knuckles should be allowed in the fight to cure diabetes.
#joke #short #chucknorris
Joke | Old joke from joke of the day archives - Check out other old jokes Monday, 30 May 2011

Oh to be in the 5th grade again

A teacher asks the kids in her 5th grade class: 'What do you want to be when you grow up?'
Little Larry says: 'I wanna start out as a Fighter Pilot, then be a billionaire, go to the most expensive clubs, find me the finest whore, give her a Ferrari worth over a million bucks, an apartment in Copacabana, a mansion in Paris, a jet to travel throughout Europe, an Infinite Visa Card, and all the while banging her like a loose screen door in a hurricane.'
The teacher, shocked and not knowing what to do with this horrible response from little Larry, decides not to acknowledge what he said and simply tries to continue with the lesson 'And how about you, Sarah?'
'I wanna be Larry's whore.'

Two small boys, not yet old enough to be in school, were overheard talking at the zoo one day.

"My Daddy's an accountant. What does your Daddy do for a living?"

#joke #lawyer
Joke | Old joke from joke of the day archives - Check out other old jokes Wednesday, 30 May 2012