“The company's performance was so abysmal that it quickly became the joke of Wall Street: a laughing-stock.”

A Drunk climbs on a bar stool

A Drunk climbs on a bar stool in a bar and screams, "All lawyers are sneaky thieves."
A man stands up and says, "Hey, I resent that remark."
The drunk shouts back, "Why, are you a lawyer?"
"No," says the man, "I'm a sneaky thief."

Chess With My Dog

Me: I taught my dog to play chess.
Friend: He must be very smart?
Me: Not really, I beat him two games out of three!

If God Had Voice Mail

Thank you for calling heaven. I am sorry, all of our angels and saints are busy helping other sinners right now. However, your prayer is important to us and we will answer it in the order it was received. Please stay on the line.If you would like to speak to:God, press 1. Jesus, press 2. The Holy Spirit, press 3.If you would like to hear King David sing a Psalm while you are holding, press 4.To find a loved one who has been assigned to Heaven, press 5, then enter his or her social security number followed by the pound sign. (If you get a negative response, please hang up and try area code 666.)For reservations in heaven, please enter J-O-H-N 3:16For answers to nagging questions about dinosaurs, the age of the earth, life on other planets, and where Noah's Ark is, please wait until you arrive.If you are calling after hours and need emergency assistance, please contact your local pastor.
#joke
Joke | Source: Belief net - Joke of the day, features on religion, spirituality, faith

Two blondes were recently observed in a parking lot trying to unlock the door of their Mercedes with a coat hanger. Here is their dialogue:
Blonde One: I can't seem to get this door unlocked!
Blonde Two: Well, you'd better hurry up and try harder! it's starting to rain, and the top is down!

#joke #blonde
Joke | Old joke from joke of the day archives - Check out other old jokes Wednesday, 31 May 2017

* You dance and it makes the b

* You dance and it makes the band skip.
* You are diagnosed with the flesh eating virus, and the doctor gives you 22 more years to live.
* You put mayonnaise on an aspirin.
* You go to the zoo and the elephants throw you peanuts.
* Your driver's license says, "Picture continued on other side."
* You ran away and they had to use all four sides of the milk carton for your picture.
* You learn you were born with a silver shovel in your mouth.
* You could sell shade.
* Your blood type is Ragu.
* You need an appointment to attend an 'open house'.

#joke #doctor
Joke | Old joke from joke of the day archives - Check out other old jokes Tuesday, 23 May 2017 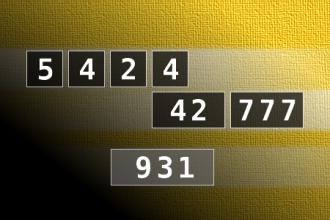 A group of kindergartners were trying to become accustomed to the first grade. The biggest hurdle they faced was that the teacher insisted on no baby talk.
"You need to use 'big people' words," she'd always remind them. She asked Chris what he had done over the weekend. "I went to visit my Nana."
"No, you went to visit your GRANDMOTHER. Use big people words!" She then asked Mitchell what he had done. "I took a ride on a choo-choo."
She said, "No, you took a ride on a TRAIN. Use big people words." She then asked Bobby what he had done. "I read a book," he replied.
"That's WONDERFUL!" the teacher said. "What book did you read?" Bobby thought about it, then puffed out his little chest with great pride and said, "Winnie the Shit."

Chuck Norris is what Willis wa...

Chuck Norris is what Willis was talking about.
#joke #short #chucknorris
Joke | Old joke from joke of the day archives - Check out other old jokes Monday, 06 June 2011