“I asked the doctor how my check-up went. All he said was, 'Get will soon.'”

Husband over by a car

- You know, I sent my husband to our local market place to buy potatoes today. But on his way there he was run over by a car.

- I don't know. I will probably cook rice pudding...

A visit with Grandpa...

I met a nice girl at a bar last night and asked her to call me when she made it home.

She must be homeless.

Photo by Nicole Law from Pexels

#joke #short
Joke | Source: Jokes of The Day - By Jokes of the day visitor

My local college just announced the end of a scientific study...
Results showed that out of 2,293,618,367 people, 94% are too lazy to actually read that number.

Walking with your partner

The room was full of pregnant women and their partners, and the Lamaze class was in full swing. The instructor was teaching the women how to breathe properly, along with informing the men how to give the necessary assurances at this stage of the plan.

The teacher then announced, "Ladies, exercise is good for you. Walking is especially beneficial. And, gentlemen, it wouldn't hurt you to take the time to go walking with your partner!"

The room really got quiet. Finally, a man in the middle of the group raised his hand.

"Is it alright if she carries a golf bag while we walk?" 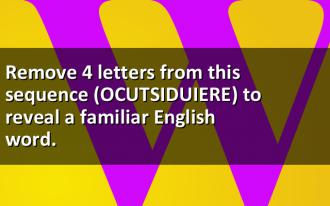 Joke | Old joke from joke of the day archives - Check out other old jokes Monday, 12 October 2015

One day a college professor of Psychology was greeting his new college class. He stood up in front of the class and said, "Would everyone who thinks he or she is stupid please stand up?"

After a minute or so of silence, a young man stood up.

"Well, good morning. So, you actually think you're a moron?" the professor asked.

The kid replied, "No sir, I just didn't want to see you standing there all by yourself."

A minister who was very fond of pure, hot horseradish always kept a bottle of it on his dining room table. Once, at dinner, he offered some to a guest, who took a big spoonful.The guest let out a huge gasp. When he was finally able to speak, he choked out, "I've heard many ministers preach hellfire, but you are the first one I've met who passes out a sample of it."

The AOL car would have a TOP speed of 40 MPH yet have a 200 MPH speedometer.

The AOL car would come equipped with a NEW and fantastic 8-Track tape player.

The car would often refuse to start and owners would just expect this and try again later.

The windshield would have an extra dark tint to protect the driver from seeing better cars.

AOL would sell the same model car year after year and claim it's the NEW model.

Every now and then the brakes on the AOL car would just "lock-up" for no apparent reason.

The AOL car would have a very plain body style but would have lots of pretty colors and lights.

The AOL car would have only one door but it would have 5 extra seats for family members.

Anyone dissatisfied could return the car but must continue to make payments for 6 months.

If an AOL car owner received 3 parking tickets AOL would take the car off of them.

The AOL car would have an AOL Cell phone that can only place calls to other AOL car cell phones.

AOL car mechanics would have no experience in car repair.

It would not be possible to upgrade your AOL car stereo.

AOL cars would be forced to use AOL gas that cost 20% more and gave worse mileage.

AOL car owners would always claim to be older or younger than they really are.

AOL cars would come with a steering wheel and AOL would claim no other cars have them.

Every time you close the door on the AOL car it would say, "Good-Bye."

Jeff Dunham: Youre afraid of offending people?
Achmed: Yeah.
Jeff Dunham: Youre a terrorist. You kill people.
Achmed: Thats different. Killing people is easy; being politically correct is a pain in the ass.
#joke #short
Joke | Old joke from joke of the day archives - Check out other old jokes Sunday, 10 July 2011