A bright young executive had just been hired as the new CEO of a large high tech firm. The CEO who was stepping down met with him privately and handed him three numbered envelopes.

“Open these if you run up against a problem you don’t think you can handle,” he said.

Well, things went along pretty smoothly, but six months later, sales took a nosedive and he was really catching a lot of heat from the board. At wit’s end, he remembered the envelopes. He went to his drawer and took out the first envelope. The message read, “Blame your predecessor.”

The new CEO called a press conference and tactfully laid the blame at the feet of the previous CEO. Satisfied with his comments, the board, the press, and Wall Street responded positively, sales picked up, stock prices rose and the problem was soon behind him.

About a year later, the company was again experiencing a slight dip in sales, combined with serious problems getting new product to market. Having learned from his previous experience, the CEO wasted no time in opening the second envelope. The message read, “Reorganize.” This he did, and again the company quickly rebounded. After several consecutive profitable quarters, the company once again fell on difficult times. The CEO went to his office, closed the door and opened the third envelope. The simple message said, “Prepare three envelopes…”

“It was selfie destru

“It was selfie destructive when the guy who took a photo from top of a cliff slipped into the precipice!”

One day, while a blonde was ou

One day, while a blonde was out driving her car, she ran into a truck. The truck's driver made her pull over into a parking lot and get out of the car. He took a piece of chalk and drew a circle on the pavement. He told her to stand in the middle and not leave the circle.
Furious, he went over to her car and slashed the tires. The blonde started laughing.
This made the man angrier so he smashed her windshield. This time the blonde laughed even harder.
Livid, the man broke all her windows and keyed her car.
The blonde is now laughing hysterically, so the truck driver asks her what's so funny.
The blonde giggles and replies, "When you weren't looking, I stepped out of the circle three times!"

Writing a horror screenplay. It starts off with a ringing phone.
The person answers and it’s their mom saying, “I have a computer question...“

No room at the inn

By the time the sailor pulled into a little town every hotel room was taken. "You've got to have a room somewhere," he pleaded. "Or just a bed, I don't care where."

"Well, I do have a double room with one occupant - an Air Force guy," admitted the manager, "and he might be glad to split the cost. But to tell you the truth, he snores so loudly that people in adjoining rooms have complained in the past.

"No problem," the tired Navy man assured him. "I'll take it." The next morning, the sailor came down to breakfast bright-eyed and bushy tailed. "How'd you sleep?" asked the manager. "Never better." The manager was impressed. "No problem with the other guy snoring?" "Nope. I shut him up in no time," said the Navy guy.

"How'd you manage that?" asked the manager.

"He was already in bed, snoring away, when I came in the room," the sailor explained. "I went over, gave him a kiss on the cheek, and said, 'Goodnight beautiful,'

...and he sat up all night watching me." 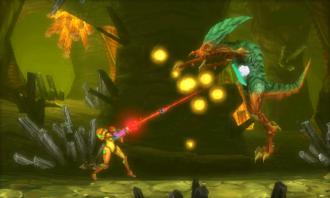 "I have opinions of my own --strong opinions-- but I don't always agree with them."
- George Bush, former U.S. President
"It is white."
- George W. Bush, when asked what the White house was like by a student in East London
"If it weren't for electricity we'd all be watching television by candlelight."
- George Gobel
"Solutions are not the answer."
- Richard Nixon, former U.S. President
"Hi I'm Dean White, Dick, of the college."
- Richard (Dick) White, Duke University academic Dean introducing himself at a faculty dinner
"Politics gives guys so much power that they tend to behave badly around women. And I hope I never get into that."
- Bill Clinton, former U.S. president
"You guys line up alphabetically by height."
- Bill Peterson, Florida State football coach
"The internet is a great way to get on the net."
- Bob Dole, Republican presidential candidate
"I would say that anything that is indecent and violent in TV is a crime against humanity and they should shoot the head man responsible."
- Ted Turner, Media Mogul