Matt's dad picked him up from...

Matt's dad picked him up from school one afternoon. Knowing the parts for the school play were supposed to be posted today, he asked his son if he got a part. Matt enthusiastically announced that he'd gotten a part. "I play a man who's been married for twenty years."
"That's great, son. Keep up the good work and before you know it they'll be giving you a speaking part."

“A courthouse is where you can play indoor tennis.”


Please leave a message. However, you have the right to remain silent. Everything you say will be recorded and will be used by us.

A few minutes pass, and the son polar bear turns to his father again and says, "Dad, tell me the truth. I can take it. Am I 100% polar bear? No brown bear or panda bear or grizzly bear?"

A few more minutes pass, and the son polar bear again turns to his father and says, "Dad, don't think your sparing my feelings if it's not true. I really need to know... am I really 100% polar bear?"

Distressed by this continued questioning, the father polar bear finally asked his son, "Why do you keep asking if you're 100% polar bear?"

"Because I'm freezing to death out here!"

During a visit to the mental a...

During a visit to the mental asylum, a visitor asked the Director how do you determine whether or not a patient should be institutionalised.
Well, said the Director, we fill up a bathtub, then we offer a teaspoon, a teacup and a bucket to the patient and ask him or her to empty the bathtub.
Oh, I understand, said the visitor.
A normal person would use the bucket because it's bigger than the spoon or the teacup.
No said the Director, A normal person would pull the plug out.
Do you want a bed near the window? 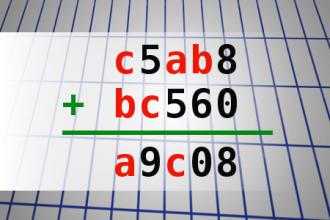