The surfer enjoyed a w

The surfer enjoyed a white cap every night before bed. But when it was too dark to surf and he got injured, he couldn't sue anyone. He had already waved his rights.
#joke #short
Joke | Source: Pun Gents - Daily Jokes, One-liners, Groaners, Puns of the day :: Puns on Demand :: Punshine Girls and Boys!

“The construction worker reported the work on the top floor of the house was proceeding fine until they got to the staircase. Then it was a downward spiral.”

A man wakes up in the hospital

A man wakes up in the hospital, bandaged from head to foot. The doctor comes in and says, 'Ah, I see you've regained consciousness. Now, you probably won't remember, but you were in a pile-up on the freeway.. You're going to be okay, you'll walk again and everything, but..... something happened. I'm trying to break this gently, but the fact is, your willy was chopped off in the wreck and we were unable to find it.'
The man groans, but the doctor goes on, 'You've got $9,000 in insurance compensation coming and we have the technology now to build you a new willy that will work as well as your old one did - better in fact! But the thing is, it doesn't come cheap. It's $1,000 an inch.'
The man perks up at this. 'So,' the doctor says, 'it's for you to decide how many inches you want. But it's something you'd better discuss with yourwife. I mean, if you had a five inch one before, and you decide to go for a nine incher, she might be a bit put out. But if you had a nine inch one before, and you decide only to invest in a five incher this time, she might be disappointed. So it's important that she plays a role in helping you make the decision.'
The man agrees to talk with his wife. The doctor comes back the next day.'So,' says the doctor, 'have you spoken with your wife?'
'I have,' says the man.
'And has she helped you in making the decision?'
'Yes, she has,' says the man.
'And what is it?' asks the doctor.
'We're getting granite countertops.'

Victim (after burglary): They stole everything from my house but the soap and towels.
Policeman: Why, those dirty crooks!

There were once two people tra


The following is supposedly a true story. To be included, besides being true, the story is most likely strange, weird, surprising, or funny.
St. Paul, Minnesota:
For people with lots on their agenda, Minnesota Mining & Manufacturing Company creates 25-inch-by-30-inch Post-It Easel Pads. 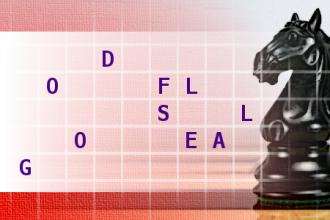 I thought you didn't believe in Me!

An atheist was spending a quiet day fishing when suddenly his boat was attacked by the Loch Ness monster. In one easy flip, the beast tossed him and his boat at least a hundred feet into the air. It then opened it's mouth waiting below to swallow them both.

As the man sailed head over heels and started to fall towards the open jaws of the ferocious beast, he cried out, "Oh, God! Help me!"

Suddenly, the scene froze in place and as the atheist hung in mid-air a booming voice came out of the clouds and said, "I thought you didn't believe in Me!"

"Well," said God, "now that you are a believer, you must understand that I won't work miracles to snatch you from certain death in the jaws of the monster, but I can change hearts. What would you have me do?"

The atheist thinks for a minute then says, "God, please have the Loch Ness Monster believe in You also."

The scene starts in motion again with the atheist falling towards the ravenous jaws of the monster. The Loch Ness Monster folds his claws together and says, "Lord, bless this food You have so graciously provided..."


Two men were in the process of inventing a new brand of gum. They were arguing over the fact that their new gum was too hard and brittle and didn't have the right consistency. One of the inventors kept arguing that they simply had to add more liquid to their primary secret ingredient, code named "Yewin".
The other man argued adamantly. "No, No, No! It's not wetter Yewin that counts... it's how you ply the gum!"

For those that don't know him, Major General Peter Cosgrove is an Australian General.
General Cosgrove was interviewed on the radio recently.
Read his reply to the lady who interviewed him concerning guns and children.
Regardless of how you feel about gun laws, you have to love this!
This is one of the best comeback lines of all time.
This is a portion of an ABC radio interview between a female broadcaster and General Cosgrove who was about to sponsor a Boy Scout Troop visiting his military Headquarters.

The broadcast went silent for 46 seconds and when it returned, the interview was over.

And lo, in the year 2011, the Lord came unto Noah, who was now living in the United States, and said:
"Once again, the earth has become wicked and over-populated, and I see the end of all flesh before me."
"Build another Ark and save two of every living thing along with a few good humans."
He gave Noah the blueprints, saying, "You have 6 months to build the ark before I will start the unending rain for 40 days and 40 nights."
Six months later, the Lord looked down and saw Noah weeping in his yard, but there was no ark.
"Noah! I'm about to start the rain! Where is the ark?"
"Forgive me, Lord," begged Noah, "but things have changed."
"I needed a building permit."
"I've been arguing with the inspector about the need for a sprinkler system."
"My neighbors claim that I've violated the neighborhood zoning laws by building the ark in my yard and exceeding the height limitations. We had to go to the Development Appeal Board for a decision."
"Then the Department of Transportation demanded a bond be posted for the future costs of moving power lines and other overhead obstructions, to clear the passage for the ark's move to the sea. I told them that the sea would be coming to us, but they would hear nothing of it."
"Getting the wood was another problem. There's a ban on cutting local trees in order to save the spotted owl."
"I tried to convince the environmentalists that I needed the wood to save the owls, but no go!"
"When I started gathering the animals, an animal rights group sued me. They insisted that I was confining wild animals against their will. They argued the accommodations were too restrictive, and it was cruel and inhumane to put so many animals in a confined space."
"Then the EPA ruled that I couldn't build the ark until they'd conducted an environmental impact study on your proposed flood."
"I'm still trying to resolve a complaint with the Human Rights Commission on how many minorities I'm supposed to hire for my building crew."
"Immigration and Naturalization are checking the green-card status of most of the people who want to work."
"The trades unions say I can't use my sons. They insist I have to hire only Union workers with ark-building experience.
"To make matters worse, the IRS seized all my assets, claiming I'm trying to leave the country illegally with endangered species."
"So, forgive me, Lord, but it would take at least 10 years for me to finish this Ark."
Suddenly, the skies cleared, the sun began to shine, and a rainbow stretched across the sky.
Noah looked up in wonder and asked, "You mean you're not going to destroy the world?"
"No," said the Lord. "The government beat me to it."
- Joke shared by Beliefnet member socaliflady

There is no theory of evolutio...

There is no theory of evolution. Just a list of creatures Chuck Norris has allowed to live.
#joke #short #chucknorris
Joke | Old joke from joke of the day archives - Check out other old jokes Wednesday, 20 April 2011

=> DESCRIPTION: One-eyed, with mushroom-shaped head (other types come with extra layers of skin) Varying from pink to black. Fang-less with a highly venomous spit. (Spit can reach distances up to 2-3 feet) *Size varies from 3 to 12 inches, depending on its mood & sub-species.

=> SYMPTOMS: This snake attacks mainly women in the lower front abdomen, resulting in an inconspicuous bump. Then a severe swelling followed by excruciating pain after nine months. The attack is not usually fatal. Beware: It has been known to attack men in the rear lower abdomen!

=> HABITAT: Usually found in bedrooms, but has been known to appear in the most unusual places.

=> ANTIDOTE: Various types of vaccine available for women. However, once the venom is injected into the body only drastic measures will ensure complete recovery. There is no known antidote for men.

=> WHAT TO DO WHEN ATTACKED

TOURNIQUET: Do not apply a tourniquet as the venom is too deep in the body to be affected.

CUTTING THE WOUND: This would be completely unnecessary and ineffective as the bleeding will stop after a few weeks anyhow.

SUCKING THE WOUND: This method is the most popular with the victim, but so far has not been reported to have led to any success.

=> CONCLUSION: This snake, although it is very aggressive and active, is not necessarily a vermin, and treated with the right respect, makes a wonderful pet.