Did Henry Ford usher in the

“Commuters live in a

“Commuters live in a clock-eyed world.”

A fellow nurse at my hospital received a call from an anxious patient.
"I'm diabetic and I'm afraid I've had too much sugar today," the caller said.
"Are you light-headed?" my colleague asked.
"No," the caller answered, "I'm a brunette."

A city boy was visiting the co

A city boy was visiting the country and wanted to go hunting. The farmer lent the boy his gun, telling him not to kill any farm animals.
The city boy headed off and soon after saw a goat. He managed to creep into range and finally shot it. Not knowing anything about animals, the boy didn't know what he'd killed so he ran to the farmhouse and described his kill to the farmer.
"It had two saggy breasts, a beard, a hard head and it stunk like hell!" said the boy.
"Oh, bugger!!" said the farmer. "You've shot the wife!"

A father is explaining ethics

A father is explaining ethics to his son, who is about to go into business...
"Suppose a woman comes in and orders a hundred dollars worth of material. You wrap it up, and you give it to her. She pays you with a $100 bill. But as she goes out the door you realize she's given you two $100 bills. Now, here's where the ethics come in: should you or should you not tell your partner?


Why are cigarettes sold in gas stations when smoking is prohibited there?
Why are there interstate highways in Hawaii?
Why isn't phonetic spelled the way it sounds?
Why are there flotation devices under plane seats instead of parachutes?
Why do they put Braille dots on the keypad of the drive-up ATM?
You know how most packages say "Open here". What is the protocol if the package says, "Open somewhere else"?
Why do we drive on parkways and park on driveways?
You know that little indestructible black box that is used on planes, why can't they make the whole plane out of the same substance?
Why is it that when you transport something by car, it's called a shipment, but when you transport something by ship, it's called cargo? 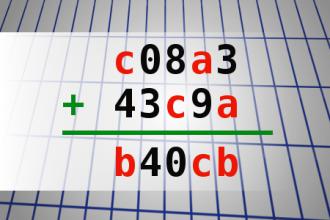 A guy and a girl meet at a bar. They get along so well that they decide to go to the girl's place.
A few drinks later, the guy takes off his shirt and then washes his hands.
He then takes of his trousers and washes his hands again.
The girl has been watching him and says, "You must be a dentist."
The guy, surprised, says "Yes! How did you figure that out?"
"Easy," she replied, "you keep washing your hands."
One thing led to another and they make love.
After they have done, the girl says, "You must be a good dentist."
The guy, now with a boosted ego says, "Sure, I'm a good dentist, How did you figure that out?"

#joke
Joke | Old joke from joke of the day archives - Check out other old jokes Thursday, 08 May 2014

#joke
Joke | Old joke from joke of the day archives - Check out other old jokes Tuesday, 08 May 2012