NED: Hear about the Greek mafi

NED: Hear about the Greek mafia?
ED: Yeah – they always threaten to put a kappa in my ass!
NED: Didn't they murder a bunch of Newfoundlanders?
ED: No – that was the psychotic Greek fraternity, Kappa Nu Phi.
NED: What about that strange fraternity located along the Nile river, it was called Chi Rho Delta, that now wants to open a bake shop.
ED: You mean Nu Pi Delta. Once I Eta Pithere – it was too expensive and now I Omega. But it was a big dessert. I Eta Omega Pi!
NED: Well I'm getting a little tired of Nu Pi Delta, as is their sister sorority.
ED: Xi Xi Xi?
NED: That's right. And what about the fraternity for Esperanto lovers – Nu Alpha Beta.
ED: Or that sorority for fashionable fat ladies: Nu Mu Mu. My poodle got eaten there!
NED: I thought that was Eta Phi-Phi.
ED: And to get revenge on those ladies I borrowed a semiautomatic weapon. But I lost it and now it has to be replaced.
NED: Iota Nu Xi can help you with that.
ED: What about penis enlargement?
NED: Try Psi Xi Omega.
ED: Did you know dragon boat lovers are meeting at Rho Rho Rho?
NED: That's nothing. The pranksters at Tau Rho Mu stack cows one atop the other!
ED: Funny, I had a beef patty the other day.
NED: At Eta Mu Pi?
ED: Yes. Say – did you hear about that kinky lesbian sorority. Legend has it Michael Douglas' wife and Delta Burke had a fling there.
NED: You mean Delta Eta Zeta?
ED: Yes.
#joke #prank
Joke | Source: Pun Gents - Daily Jokes, One-liners, Groaners, Puns of the day :: Puns on Demand :: Punshine Girls and Boys!

Little Jimmy sees his Daddy's car passing the playground and go into the woods. Curious, he follows the car and sees Daddy and Aunt Jane in a "Passionate Embrace." Little Jimmy finds this so exciting and can barely contain himself as he runs home and starts to tell his mother.
Mommy "I was at the playground and I saw Daddy's car go into the woods with Aunt Jane. I went back to look and he was giving Aunt Jane a big kiss, then he helped her take off her skirt, then Aunt Jane helped Daddy take his pants off, then Aunt Jane laid down on the seat, then Daddy..."
At this point, Mommy cut him off and said, "Jimmy, this is such an interesting story, suppose you save the rest of it for supper time. I want to see the look on Daddy's face when you tell it tonight." At the dinner table, Mommy asks Little Jimmy to tell his story.
Jimmy starts his story, describing the car into the woods, the undressing, laying down on the seat, and Jimmy said, "then Daddy and Aunt Jane... started doing that same thing Mommy and Uncle Bill used to do when Daddy was in the army."

“Comparing a toupee to dentures is a false equivalency.”

The World Is Dumb

A Highway Patrolman waited outside a popular bar, hoping for a bust.

At closing time everyone come out and he spotted his potential quarry. The man was so obviously inebriated that he could barely walk. He stumbled around the parking lot for a few minutes, looking for his car.

After trying his keys on five other cars, he finally found his own vehicle. He sat in the car a good ten minutes, as the other patrons left. He turned his lights on, then off, wipers on, then off. He started to pull forward into the grass, then stopped.

Finally, when he was the last car, he pulled out onto the road and started to drive away.

The patrolman, waiting for this, turned on his lights and pulled the man over. He administered the breathalyzer test, and to his great surprise, the man blew a 0.00.

The patrolman was dumbfounded. "This equipment must be broken!" he exclaimed.

"I doubt it," said the man, "Tonight I am the designated decoy!"

#joke
Joke | Old joke from joke of the day archives - Check out other old jokes Wednesday, 24 May 2017

Last year, when the power mowe...

Last year, when the power mower was broken and wouldn't run, I kept hinting to my husband that he ought to get it fixed, but somehow the message never sank in. Finally I thought of a clever way to make the point.
When my husband arrived home that day, he found me seated in the tall grass, busily snipping away with a tiny pair of sewing scissors.
He watched silently for a short time and then went into the house. He was gone only a few moments when he came out again. He handed me a toothbrush. "When you finish cutting the grass," he said, "you might as well sweep the sidewalks." 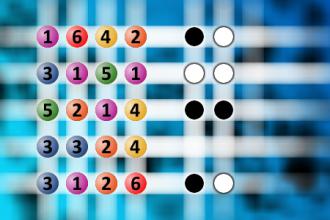 He Is A Very Smart Dog


I went to the cinema the other day and in the front row was an old man and with him was his dog. It was a sad funny kind of film, you know the type. In the sad part, the dog cried his eyes out, and in the funny part, the dog laughed its head off. This happened all the way through the film. After the film had ended, I decided to go and speak to the man.
"That's the most amazing thing I've seen," I said. "That dog really seemed to enjoy the film."
The man turned to me and said, "Yeah, it is. He hated the book."