I was kicked in the balls by a

I was kicked in the balls by a Cockney.
#joke #short
Joke | Source: Pun Gents - Daily Jokes, One-liners, Groaners, Puns of the day :: Puns on Demand :: Punshine Girls and Boys!


The unit engineer had just finished a talk on introducing mechanization in fatigue details. A sergeant reported thoughtfully: "Sir, I just discovered something that does the work of fifty men."
"What is it?" the officer got interested.
"Two hundred soldiers."

Crushed By A Piano

My uncle was crushed by a piano....
His funeral was very low key

On the first day of school, th

On the first day of school, the children brought gifts for their teacher.The florist's son brought the teacher a bouquet of flowers.The candy-store owner's daughter gave the teacher a pretty box of candy.Then the liquor-store owner's son brought up a big, heavy box.The teacher lifted it up and noticed that it was leaking a little bit.She touched a drop of the liquid with her finger and tasted it.
"Is it wine?" she guessed.
"No," the boy replied. She tasted another drop and asked, " Champagne ?
"No," said the little boy... "It's a puppy!"

“Midwife is the secon

“Midwife is the second wife of three.”

Two elderly, excited women were sitting together in the front pew of church listening to a fiery preacher. When this preacher condemned the sin of lust, these two ladies cried out at the tops of their lungs..."AMEN, BROTHER!"

When the preacher condemned the sin of stealing, they yelled again..."PREACH IT, REVEREND!"

And when the preacher condemned the sin of lying...they jumped to their feet and screamed, "RIGHT ON, BROTHER...TELL IT LIKE IT IS...AMEN!"

But when the preacher condemned the sin of gossip, the two got very quiet, and one turned to the other and said, "He's done quit preaching and now he's meddlin'." 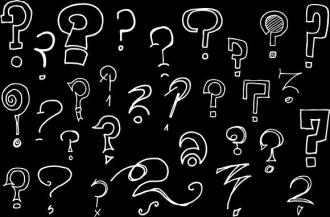 You use me for my name, I'm not a breeze to tame, I'm fastest when I'm full and when it's cheap it sounds the same. You'll spot a nest near me (although I'm not a tree), the sea is fore, the sea is aft, it's all around, you see. What am I?
CHECK ANSWER
Brain Teasers, puzzles, riddles, mathematical problems, mastermind, cinemania...

Two guys were out walking home

Two guys were out walking home from work one afternoon.
"Man," the first guy said, "as soon as I get home, I'm gonna rip my wife's panties off!"
"What's the rush?" his buddy asked.
"The damn elastic in the legs is killing me!"

Take Your Kid To Work Day

An 8 year old girl went to the office with her father on 'Take your kid to work Day'.
As they walked round the office she started crying and getting cranky.
Her father asked what was wrong.
As the staff gathered round she sobbed loudly, "Daddy, where are all the clowns you said you worked with?"