Let's Do It Again

After an MCAT exam, a father asks his son, "How did it go son?"
Young man, looking rather reproachful, replied, "It went well dad. In fact, it went so well that I will retake it again next year."


Doctor: Did you know that there are more than 1,000 bones in the human body?
Larry: Shhh, doctor! There are three dogs outside in the waiting room!

"The Jewish people have observed their 5758th year as a people," the Hebrew teacher informed his class. "Consider that the Chinese have observed only their 4695th. What does this mean to you?"

After a reflective pause, one student volunteered, "Well, for one thing, the Jewish people had to do without Chinese food for 1063 years."

The local bar was so sure that

The local bar was so sure that its bartender was the strongest man around that they offered a standing $1000 bet. The bartender would squeeze a lemon until all the juice ran into a glass, and hand the lemon to a patron. Anyone who could squeeze one more drop of juice out would win the money. Many people had tried over time (weight-lifters, longshoremen, etc.) but nobody could do it.
One day this scrawny little man came into the bar, wearing thick glasses and a polyester suit, and said in a tiny squeaky voice " I'd like to try the bet" After the laughter had died down, the bartender said OK, grabbed a lemon,and squeezed away. Then he handed the wrinkled remains of the rind to the little man.
But the crowd's laughter turned to total silence as the man clenched his fist around the lemon and six drops fell into the glass. As the crowd cheered, the bartender paid the $1000, and asked the little man "what do you do for a living? Are you a lumberjack, a weight-lifter, or what?"
The man replied "I work for the IRS."

I had a communist lover. She l

I had a communist lover. She left Marx all over my body. They're only visible from certain Engels.
#joke #short
Joke | Old joke from joke of the day archives - Check out other old jokes Monday, 03 October 2016 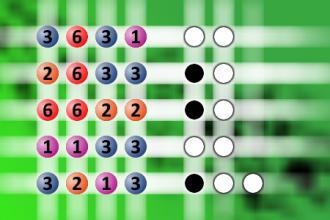 Chuck Norris listens to "Requiem for a Tower" when he eats pancakes.
#joke #short #chucknorris
Joke | Old joke from joke of the day archives - Check out other old jokes Tuesday, 24 September 2013

Sticks and stones may break yo...

Sticks and stones may break your bones, but a Chuck Norris glare will liquify your kidneys.
#joke #short #chucknorris
Joke | Old joke from joke of the day archives - Check out other old jokes Saturday, 24 September 2011

Best room in the hotel?

A kangaroo mom with seven babies in her pouch told another kangaroo mom, "These sleepovers are killing me."