They gave my mother's si

When a woman wears leather clo

When a woman wears leather clothing
A man's heart beats quicker
His throat gets dry
He goes weak in the knees
snd he begins to think irrationally
Ever wonder why?
Because she smells like a new truck!!!

A city boy was visiting the co

A city boy was visiting the country and wanted to go hunting. The farmer lent the boy his gun, telling him not to kill any farm animals.
The city boy headed off and soon after saw a goat. He managed to creep into range and finally shot it. Not knowing anything about animals, the boy didn't know what he'd killed so he ran to the farmhouse and described his kill to the farmer.
"It had two saggy breasts, a beard, a hard head and it stunk like hell!" said the boy.
"Oh, bugger!!" said the farmer. "You've shot the wife!"

My grandfather worked in a blacksmith shop when he was a boy, and he used to tell me, when I was a little boy myself, how he had toughened himself up so he could stand the rigors of blacksmithing.

One story was how he had developed his arm and shoulders muscles. He said he would stand outside behind the house and, with a 5-pound potato sack in each hand, he would extend his arms straight out to his sides and hold them there as long as he could.

Next, he started putting potatoes in the sacks.


Ten common fishing terms explained
Catch and Release - A conservation motion that happens most often right before the local Fish and Game officer pulls over a boat that has caught over it's limit.
Hook - (1) A curved piece of metal used to catch fish. (2) A clever advertisement to entice a fisherman to spend his live savings on a new rod and reel. (3) The punch administered by said fisherman's wife after he spends their life savings (see also, Right Hook, Left Hook).
Line - Something you give your co-workers when they ask on Monday how your fishing went the past weekend.
Lure - An object that is semi-enticing to fish, but will drive an angler into such a frenzy that he will charge his credit card to the limit before exiting the tackle shop.
Reel - A weighted object that causes a rod to sink quickly when dropped overboard.
Rod - An attractively painted length of fiberglass that keeps an angler from ever getting too close to a fish.
School - A grouping in which fish are taught to avoid your $29.99 lures and hold out for spam instead.
Tackle - What your last catch did to you as you reeled him in, but just before he wrestled free and jumped back overboard.
Tackle Box - A box shaped alarmingly like your comprehensive first aid kit. Only a tackle box contains many sharp objects, so that when you reach in the wrong box blindly to get a Band Aid, you soon find that you need more than one.
Test - (1) The amount of strength a fishing line affords an angler when fighting fish in a specific weight range. (2) A measure of your creativity in blaming "that darn line" for once again losing the fish. 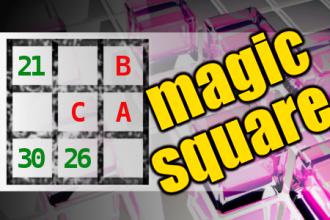 Q: How did the bee hurt his back?
A: He fell off his honey.

The Other 2 Wishes – A Blonde Redneck Guy Story