My friends and I exhumed a tib

My friends and I exhumed a tibia. It was quite the shin dig!
#joke #short
Joke | Source: Pun Gents - Daily Jokes, One-liners, Groaners, Puns of the day :: Puns on Demand :: Punshine Girls and Boys!

A noted sex therapist realizes that people often lie about the frequency of their encounters, so he devises a test to tell for certain how often someone has sex.
To prove his theory, he fills up an auditorium with people and goes down the line, asking each person to smile. Using the size of the person's smile, the therapist is able to guess accurately until he comes to the last man in line, who is grinning from ear to ear.
"Twice a day," the therapist guesses, but is surprised when the man says no.
"Once a day, then?" Again the answer is no.
"Twice a week?"
"No."
"Twice a month?"
"No."
The man finally says yes when the doctor gets to "once a year."
The therapist is angry that his theory isn't working, and asks the man, "What are you so happy about?"
The man answers, "Tonight's the night!"

Bubba decided it was time to p

Bubba decided it was time to purchase a new saw to help clear his heavily timbered property. A salesman showed him the latest model chain saw and assured him that he could easily cut three or four cords of wood per day with it. But the first day, Bubba barely cut one cord of wood. The second morning he arose an hour earlier and managed to cut a little over one cord. The third day he got up even earlier but only managed to achieve a total of 1 ½ cords of wood.
Bubba returned the saw to the store the next day and explained the situation.
"Well", said the salesman, "let’s see what’s the matter." He then pulled the cable and the chain saw sprang into action.
Leaping back, Bubba shouted, "What the heck is that noise?"

The boys were arriving back at the fraternity house after the summer vacation.
"What have you been doing this summer?" one asks another.
"Working in my dad's office, and you?"
"Yeah, I've been loafing around and doing nothing too."

Nun of Your Business

While shopping in a food store, two nuns happened to pass by the beer, wine, and liquor section. One asked the other if she would like a beer.
The second nun answered that, indeed, it would be very nice to have one, but that she would feel uncomfortable purchasing it.
The first nun replied that she would handle it without a problem. She picked up a six-pack and took it to the cashier. The cashier was surprised, so the nun said, â€œThis is for washing our hair.â€
Without blinking an eye, the cashier reached under the counter and put a package of pretzel sticks in the bag with the beer.
â€œThe curlers are on me.â€
- Joke shared by Beliefnet member smoothsable 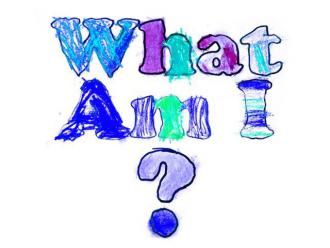 I have lakes but no water, No cars but I have streets; Many places and borders, But I'm in one piece. What am I?
CHECK ANSWER
Brain Teasers, puzzles, riddles, mathematical problems, mastermind, cinemania...

A student comes to a young professor's office hours. She glances down the hall, closes his door, and kneels pleadingly. "I would do anything to pass this exam," she says. She leans closer to him, flips back her hair, and gazes meaningfully into his eyes. "I mean," she whispers, "I would do anything..." He returns her gaze, "Anything?" "Anything." His voice softens, "Anything?" "Anything," she repeats again. His voice turns to a whisper. "Would you ... study?"

A married man decided to work late to be with his sexy secretary, so he called his wife to make up an excuse.

After work he invited his secretary to dinner. It soon became obvious that he was going to get lucky, so the two went back to her apartment and had great sex for two hours.

Afterward the fellow went to the bathroom to straighten up for the trip home and noticed a huge hickey on his neck.

He panicked, wondering what he was going to tell his wife.

After the man unlocked his front door, his dog came bounding to greet him. Aha, the man thought, and promptly fell to the carpet, pretending to fight off the affectionate animal.

Holding his neck with one hand, he said, "Honey, look what the dog did to my neck!"

"Hell, that's nothing" she answered, ripping open her blouse. "Look what he did to my tits!"

I was actually thinking about buying a convertible... But then I thought, what if I was at a stoplight -- how would I avoid the homeless guy?
#joke #short
Joke | Old joke from joke of the day archives - Check out other old jokes Tuesday, 11 October 2011

A drunk at the bar