When I see acne it makes me vo

When I see acne it makes me vomit. It's a cyst-emetic reaction.
#joke #short
Joke | Source: Pun Gents - Daily Jokes, One-liners, Groaners, Puns of the day :: Puns on Demand :: Punshine Girls and Boys!

A screaming, yelling mob were

A screaming, yelling mob were tearing up the High Street.
A policeman stops one runner, and asks, "What's happening?"
"A lion has escaped," he gasps.
"Which way did it go?" enquires the bobby.
"Well we're not bloody chasing it!"

Rabbits On His Head

Why did the bald man paint rabbits on his head?
Because from a distance they looked like hares!

A young reporter went to a ret

A young reporter went to a retirement home to interview an aged but legendary explorer. The reporter asked the old man to tell him the most frightening experience he had ever had.
The old explorer said, "Once I was hunting Bengal tigers in the jungles of India. I was on a narrow path and my faithful native gun bearer was behind me. Suddenly the largest tiger I have ever seen leaped onto the path in front of us. I turned to get my weapon only to find the native had fled. The tiger leaped toward me with a mighty ROARRRR! I just soiled myself."
The reporter said, "Under those circumstances anyone would have done the same."
The old explorer said, "No, not back then - just now when I went ''''ROARRRR!''''"

Wife: 'What are you doing?'
Husband: Nothing.
Wife: 'Nothing...? You've been reading our marriage certificate for an hour.'
Husband: 'I was looking for the expiration date.'
#joke #short

Joke | Old joke from joke of the day archives - Check out other old jokes Thursday, 18 December 2008 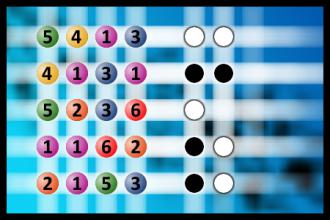 Jeff: I had grandparents that were well into their 80s and still were having fun.
Walter: Their 80s? The hell kind of sex is that? Was it good for you? I dont remember. It was three minutes ago!, Who are you?!?.
#joke #short
Joke | Old joke from joke of the day archives - Check out other old jokes Friday, 23 October 2009

President Roosevelt once rode his horse 100 miles. Chuck Norris carried his the same distance in half the time.
#joke #short #chucknorris
Joke | Old joke from joke of the day archives - Check out other old jokes Sunday, 23 October 2011

I do not understand why people write letters to magazines. It accomplishes nothing; its pointless. [If] you want to see your name in print that bad, write on a piece of paper and look at it: Ah, there it is. Just as I always dreamed.
#joke #short
Joke | Old joke from joke of the day archives - Check out other old jokes Sunday, 23 October 2011