Shakespeare tried to get into

Shakespeare tried to get into acting school, but he was bard.
#joke #short
Joke | Source: Pun Gents - Daily Jokes, One-liners, Groaners, Puns of the day :: Puns on Demand :: Punshine Girls and Boys!

What did the jealous storm trooper say to the friend who stole his girlfriend and was now going to marry her?
"May divorce be with you!"

While the pope was visiting th

A woman is out looking for a p

A woman is out looking for a pet, and so she's trying the local pet shops. She walks into a small pet shop and explains her need to the attendant. He thinks for a moment and then says, "I've got just the thing for you madam. I'll just get him."
With that, he disappears into the back of the shop, and returns a few seconds later with a cute little puppy. "This dog is a special dog," he tells her. "It is able to fly," he explains, and with that throws the dog into the air. It immediately begins to float gracefully around the shop.
"There is one problem with him, however. Whenever you say 'my', he'll eat whatever you've mentioned. Watch. "My apple!" The lady watches in astonishment as the dog zooms over to the shop attendant and furiously devours an apple he has produced from his pocket.
"He's cute, and so unusual. I'll take him," she says, and a few minutes later she is on her way back home with dog to show her husband.
"Darling, look what a clever pet I bought today!" she exclaims when she gets back home. "He can fly!"
The husband peers at the dog, and then remarks, "Fly eh?.. Ha! My ass!"

One on EVERY corner!

In the historic first manned mission to Mars, two Astronauts were charting the Martian surface.

"Look at that," said one to the other, "how beautiful this alien landscape is, untouched by man."

At that point, he was cut off, as he found his radio communications knocked out by unknown interference. Using an emissions detector, they followed the source of the interference until they reached the rim of a crater.

"Do you see what the source of that noise is?" asked the first astronaut.

"I don't know," said the second, "but it might be coming from that Starbucks behind you." 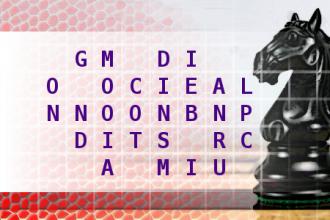 A man went to a psychiatrist f

A man went to a psychiatrist for his phobia.
"Doc," he said, "I've got trouble. Every time I get into bed, I think there's somebody under it. I get under the bed, I think there's somebody on top of it. Top, under, top, under. You gotta help me, I'm going crazy!"
"Just put yourself in my hands for two years," said the shrink, "Come to me three times a week, and I'll cure your fears."
"How much do you charge?"
"A hundred dollars per visit."
"I'll sleep on it," said the man.
Six months later the doctor met the man on the street.
"Why didn't you ever come to see me again?" asked the psychiatrist.
"For a hundred buck's a visit? A bartender cured me for ten dollars."
"Is that so! How?"
"He told me to cut the legs off the bed!"