So I was in the chemist lab and I said to the assistant, “What gets rid of germs?”
She said, "Ammonia cleaner."
I said, "Oh sorry, I thought you worked here...”

Frank and Jim, are walking down the street when Jim turns to Frank and says, "Frank, if you had two of those top-of-the-line Mercedes Benz cars, with all the gear, electric windows, CD player and all of that, exactly the same, would you give me one?"

Frank says, "Jim, how long do we go back? Thirty years? We've been best friends since school, and if I had two of those Mercedes, top-of-the-line cars with all the trimmings, exactly the same, yeah, I would give the other one to you."

So, they keep walking. After a couple of minutes, Frank turns to Jim and says, "Jim, if you had two of those luxury type yachts, you know, with all the modern conveniences, and they were exactly the same, would you give one of them to me?"

Jim says, "Frank, you and me are like brothers, you were best man at my wedding, you attended my son's wedding, we have gone to the same lodge together for all these years. If I had two of those luxury yachts, exactly the same with all the modern conveniences, then yeah Frank, I really would give the other one to you."

They keep walking. A couple of minutes later, Jim turns to Frank, "Frank, if you had two chickens..."

"Now hold on there! Jim, you KNOW I've got two Chickens!"

I lost five pounds just by farting. Finally I see the air of my weighs.
#joke #short
Joke | Old joke from joke of the day archives - Check out other old jokes Friday, 04 May 2012

A man was walking along a Cali...

A man was walking along a California beach and stumbled across an old lamp. He picked it up and rubbed it and out popped a genie.
The genie said "OK, OK. You released me from the lamp... blah, blah, blah... This is the fourth time this month and I'm getting a little sick of these wishes so you can forget about three. You only get one wish!"
The man sat and thought about it for a while and said, "I've always wanted to go to Hawaii but I'm scared to fly and I get very seasick. Could you build me a bridge to Hawaii so I can drive over there to visit?"
The genie laughed and said, "That's impossible! Think of the logistics of that. How would the supports ever reach the bottom of the Pacific?
Think of how much concrete... how much steel!! No. Think of another wish."
The man said OK and tried to think of a really good wish. Finally, he said, "I've been married and divorced four times. My wives always said that I don't care and that I'm insensitive. So, I wish that I could understand women...know how they feel inside and what they're thinking when they give me the silent treatment... to know why they're crying, to know what they really want when they say 'nothing' ... to know how to make them truly happy."
The genie said, "You want that bridge two lanes or four?"
#joke
Joke | Old joke from joke of the day archives - Check out other old jokes Wednesday, 04 November 2009

One day St. Peter saw a street gang walking up to the Pearly Gates.
St. Peter ran to God and said, "God, there are some low-life street gang members at the Gates. What do I do?"
God relied, "Just do what you normally do with that type. Redirect them."
St. Peter went back to carry out the order, but he suddenly came running back and yelling, "God, God, they're gone! They're gone!"
"The street gang?"
"No, the Pearly Gates!" 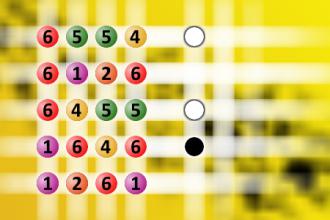 Doctor: What's wrong with your bother?
Boy: He thinks he is a chicken.
Doctor: really? How long has this been going on?
Boy: Five years.
Doctor: Five years!
Boy: We would have brought him in earlier, but we needed the eggs.