In fairy tale-land, if you cro

In fairy tale-land, if you cross a bridge, you have to pay the troll.
#joke #short
Joke | Source: Pun Gents - Daily Jokes, One-liners, Groaners, Puns of the day :: Puns on Demand :: Punshine Girls and Boys!

I exercised once, but found I was allergic to it.
My skin got flushed and my heart raced, I got sweaty and short of breath...
It's too dangerous.

In a murder trial, the defense...

As the crowded elevator descen

As the crowded elevator descended, Mrs. Wilson became increasingly furious with her husband, who was delighted to be pressed against a gorgeous blonde.
As the elevator stopped at the main floor, the blonde suddenly whirled, slapped Mr. Wilson, and said, "That will teach you to pinch!"
Bewildered, Mr. Wilson was halfway to the parking lot with his wife when he choked, "I... I... didn't pinch that girl."
"Of course you didn't," said his wife, consolingly. "I did!"

A psychologist is selling a video that teaches you how to test your dogs IQ. Heres how it works: if you spend $12.99 for the video, your dog is smarter than you.
#joke #short
Joke | Old joke from joke of the day archives - Check out other old jokes Tuesday, 09 December 2014

There was a beautiful young blonde at a soda machine in Vegas, and she arrived there just before a business man coming to quench his thirst.
She opened her purse and put in 50 cents, studied the machine a short while, pushed a Diet Coke selection, and out came a Diet Coke. She placed it on a counter next to the machine.
Then she reached in her purse again and pulled out a dollar and inserted it in the machine. Studying the machine carefully, she pushed the button for Coke Classic and out came a Coke Classic and 50 cents change.
She immediately took the 50 cents and put it in the machine, studied it for a moment and pushed the Mountain Dew button. Out came a Mountain Dew. She placed them both on the counter next to the Diet Coke.
As she was reaching into her purse again, the business man, who'd been waiting patiently for several minutes by then, spoke up. "Excuse me, miss, but are you done yet?"
She looked at him and indignantly asked, "Well Duh! Can't you see I'm still winning?"
#joke #blonde
Joke | Old joke from joke of the day archives - Check out other old jokes Friday, 20 November 2009 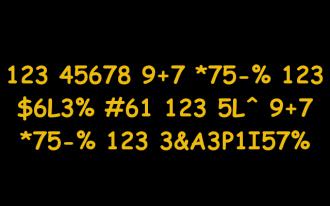 A man and a woman who have never met before find themselves in the same sleeping carriage of a train. After the initial embarrassment they both go to sleep, the man on the top bunk, the woman on the lower.

In the middle of the night the man leans over, wakes the woman and says, "I'm sorry to bother you, but I'm awfully cold and I was wondering if you could possibly get me another blanket?"

The woman leans out and, with a glint in her eye, says, " I have a better idea, just for tonight, let's make pretend that we're married."

At the Sunday morning church s...

At the Sunday morning church service, the minister asked if anyone in thecongregation would like to express praise for answered prayers.
A lady stood and walked to the podium. She said, "I have a Praise.
Two months ago, my husband, Tom, had a terrible bicycle crash and hisscrotum was completely crushed. The pain was terrible and the doctorsdidn't know if they could help him."
You could hear a muffled gasp from all the men in the congregation as theyimagined the pain that poor Tom must have experienced.
"Tom was unable to hold me or the children," she went on, "and everymovement caused him terrible pain. We prayed as the doctors performed avery delicate operation, which lasted for over five hours, and it turnedout they were able to piece together the crushed remnants of Tom's scrotum,and wrap wire around it to hold it in place."
Again, the men in the congregation were unnerved and squirmed uncomfortablyas they imagined the horrible surgery that was performed on Tom.
"Now," she announced in a quavering voice, "thank the Lord, after sixweeks, Tom is now out of the hospital and the doctors say that with time,his scrotum should recover completely."
All the men sighed with relief.
The minister rose and tentatively asked if anyone else had something tosay. A man stood up and walked slowly to the podium.
He said, "I'm Tom."
The entire congregation held its breath. "I just want to tell my wife thatthe word is sternum."

Old Ladies and the Flasher