Billy Idol tried to clean up his act, but then was accused of Mony laundering.
#joke #short
Joke | Source: Pun Gents - Daily Jokes, One-liners, Groaners, Puns of the day :: Puns on Demand :: Punshine Girls and Boys!

There was a fly buzzing around

There was a fly buzzing around a barn one day when he happened on a pile of fresh cow manure. Due to the fact that it had been hours since his last meal, he flew down and began to eat. He ate and ate and ate. Finally, he decided he had eaten enough and tried to fly away. He had eaten too much though, and could not get off the ground. As he looked around wondering what to do now, he spotted a pitchfork leaning up against the wall. He climbed to the top of the handle and jumped off, thinking that once he got airborne, he would be able to take flight. Unfortunately he was wrong and dropped like a rock, splatting when he hit the floor.
The moral to the story is: Never fly off the handle when you're full of sh*t.

They Enjoy Their Coffee

Why do Dasher and Dancer enjoy coffee so much?
Because they're Santa's star bucks!

A window was a pane of glass you always had to clean. And a hacker had a lousy swing and could never hit the green.
Meg was the name of a girlfriend and a Gig was played on stage.
Memory was what our elders lost in their golden age.
An application was for employment and a program was a show.
A cursor used to cuss a lot and mail didn't seem that slow.
A CD was for money in a long term bank account. And if you had a floppy you hoped that nobody ever found out.
Compress was something you did to garbage not something you did to a file. And if you unzipped in public you'd be in jail a while.
A keyboard was on a piano, a hard drive was down a long road.
A mouse pad was where Mighty Mouse lived and a backup involved a commode.
Cut you did with a pocket knife, paste you did with glue.
A web was what a spider wove and a virus meant the flu.
Nobody gets killed in a computer crash but some would've rather been dead, I guess I'll stick to pen and paper and the memory still in my head.
If I could ever go back in time and start all over again, I'd make sure that I grew up as Bill Gate's closest friend. 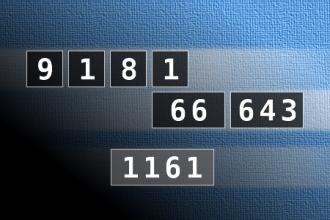 I have had vegan Thanksgiving of tofurkey and soy gravy. And its not to say that Thanksgiving will ever justify the genocide of the Native Americans. But vegan Thanksgiving -- thats just spitting on the graves, isnt it?
#joke #short #thanksgiving
Joke | Old joke from joke of the day archives - Check out other old jokes Thursday, 25 November 2010

One day, a girl walks to her mother and look at her mother's hair and sadly said: "Why are some of your hair white mom?"

The mother replied, "Well, every time that you do something wrong and make me cry or unhappy, one of my hairs turns white.

The girl thought about this revelation a while, and then said, "Momma, how come *all* of grandma's hairs are white?"