Why did Socrates always keep his dough yeast-free until inspection?

Because the unexamined loaf is not worth leaven.
#joke #short

Little Johnny and Susie were o

Little Johnny and Susie were only 10 years old, but they just knew that they were in love. One day they decided that they wanted to get married, so Johnny went to Susie's father to ask him for her hand. Johnny bravely walked up to him and said "Mr. Smith, me and Susie are in love and I want to ask you for her hand in marriage."
Thinking that this was the cutest thing, Mr. Smith replied, "Well Johnny, you are only 10. Where will you two live?"
Without even taking a moment to think about it, Johnny replied "In Susie's room. It's bigger than mine and we can both fit there nicely."
Still thinking this is just adorable, Mr. Smith said with a huge grin, "Okay then how will you live? You're not old enough to get a job. You'll need to support Susie."
Again, Johnny instantly replied, "Our allowance...Susie makes 5 bucks a week and I make 10 bucks a week. That's about 60 bucks a month, and that'll do us just fine."
By this time Mr. Smith was a little shocked that Johnny had put so much thought into this. So, he thought for a moment trying to come up with something that Johnny wouldn't have an answer for. After a second, Mr. Smith said, "Well Johnny, it seems like you have got everything all figured out. I just have one more question for you. What will you do if the two of you should have little ones of your own?"
Johnny just shrugged his shoulders and said, "Well, we've been lucky so far...."

I pulled up to the drive-thru of a fast-food restaurant and ordered coffee. I asked the clerk to put some ice cubes into the cup so that I could drink the cool coffee quickly. At the window, there was a delay.
Finally, a teen-aged girl came to the window looking frustrated. "I'm having a problem," she announced. "The ice keeps melting."

When I go to casinos, the most ridiculous sign I see is the one that says: "If you have a gambling problem, call 1-800-GAMBLER."
I thought about it for a moment and dialed the number. When they answered I said, "I have an ace and a six. The dealer has a seven. What do I do?" 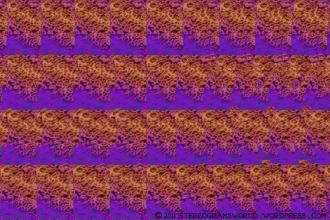 Two couples were playing cards. Jeff accidentally dropped some cards on the floor. When he bent down under the table to pick them up, he noticed that Dave's wife, Sandy, was not wearing any underwear! Shocked by this, Jeff hit his head on the table and emerged red-faced. Later when Jeff went to the kitchen to get some refreshments Sandy followed him and asked, "Did you see anything under the table that you liked?"

After a minute or two, Jeff indicates that he is interested. She tells him that since Dave works Friday afternoons and Jeff doesn't, that Jeff should come to their house around 2:00 PM on Friday. Friday came and Jeff went to her house at 2:00 PM. After paying her the $100, they went to the bedroom, had sex for a few hours and then Jeff left. Dave came home about 6:00 PM and asked his wife, "Did Jeff come by this afternoon?"

Totally shocked, Sandy replied, "Yes, he did stop by for a few minutes."

"Jeff came by the office this morning and borrowed the $100 from me and said that he'd stop by our house on his way home and pay me back. It's so good to have a friend you can trust."

A FARMER and his wife decided ...

A FARMER and his wife decided to hold a talent show for their animals in which each contestant would recite a passage from Shakespeare. The prize would be a big marquee with a glitter ball inside. The pig performed a piece from Hamlet; the cow chose Richard III and the sheep picked MacBeth. After much deliberation the farmer and his wife picked the best entry, announcing: "Cow is the winner of our disco tent."
#joke
Joke | Old joke from joke of the day archives - Check out other old jokes Saturday, 28 November 2009