A woman walks into a butchers

A woman walks into a butchers shop.
She says to the butcher: "How much is that pigs head in the window?"
The butcher replies: "I'm sorry Madam, that's not a pigs head, that's a mirror."

"It takes Bill a day and a night to tell a story."
"He'd make a good bookkeeper, I should think."
"Why do you say that?"
"He's never short on his accounts."

Q. When is a retiree's bedtim

Q. When is a retiree's bedtime?
A. Three hours after he falls asleep on the couch.
Q. How many retirees does it take to change a light bulb?
A. Only one, but it might take all day.
Q. What's the biggest gripe of retirees?
A. There is not enough time to get everything done.
Q. Why don't retirees mind being called senior citizens?
A. The term comes with a 10% discount.
Q. Among retirees what is considered formal attire?
A. Tied shoes.
Q. Why do retirees count pennies?
A. They are the only ones who have the time.
Q. What is the common term for someone who enjoys work and refuses to retire?
A. NUTS!
Q. Why are retirees so slow to clean out the basement, attic or garage?
A. They know that as soon as they do, one of their adult kids will want to store stuff there.
Q. What do retirees call a long lunch?
A. Normal
Q. What is the best way to describe retirement?
A. The never-ending Coffee Break.
Q. What's the biggest advantage of going back to school as a retiree?
A. If you cut classes, no one calls your parents.
Q. Why does a retiree often say he doesn't miss work, but misses the people he used to work with?
A. He is too polite to tell the whole truth. 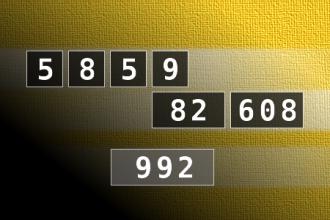 There's a carrot, a tomato, and a penis. The carrot said "I have the worst life of all. I get chopped up, put in a cake, and eaten."

The tomato says "No, I have the worst life of all. I get chopped up, put in a salad, and eaten".

Then the penis said, "I, my friends, have the worst life of all. I get a plastic bag shoved over my head, and then pushed back and forth into a warm tunnel until I choke!".

Chuck Norris invented the Caesarean section when he roundhouse-kicked his way out of his monther's womb.
#joke #short #chucknorris
Joke | Old joke from joke of the day archives - Check out other old jokes Saturday, 03 December 2011

Dane Cook: Dropping Your Phone in Your Own Piss

Im in a new club, by the way. And I dont know if youre first timers like I am, but Im in the I Just Dropped My Cell Phone In My Own Piss Club. Have you done that? Yeah, good times. Im on the phone and I forget that Im using shoulder technique. Urinals were taken so I went in to use the regular john. And as Im standing there, mid-conversation, Im like Are you serious? and it just started to toboggan right down my powerful chest.
#joke
Joke | Old joke from joke of the day archives - Check out other old jokes Saturday, 03 December 2011