A young Asian mother had just

A young Asian mother had just given birth to a baby boy. Her name was Ting. When her husband, his name is Wong, arrived to see the newborn, the Nurse brought in a Blond Haired Blue Eyed baby boy.
The Nurse said, "How do you like you new son, do you have a name for him yet?"
Wong looked at his wife Ting and then at the Nurse. "Yes," he said, "I name him SOME TING WONG."

What Does Consensus Mean?

What does consensus mean?
Consensus means that everyone agrees to say collectively what no one will say individually.

A minister waited in line to h

A minister waited in line to have his car filled with gas just before a long holiday weekend. The attendant worked quickly, but there were many cars ahead of him in front of the service station. Finally, the attendant motioned him toward a vacant pump."Reverend," said the young man, "Sorry about the delay. It seems as if everyone waits until the last minute to get ready for a long trip."
The minister chuckled, "I know what you mean. It's the same in my business."

A mother mouse and a baby mouse are walking along when, all of a sudden, a cat attacks them. The mother mouse goes, "BARK!!" and the cat runs away.

"See?" says the mother mouse to her baby, "how important it is for you to learn a foreign language?" 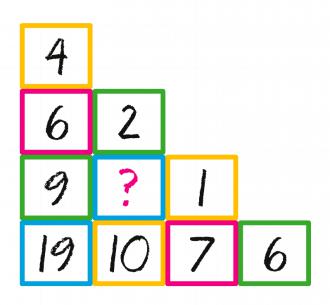 Matt Braunger: Dove Made of Rainbows

When a woman has an orgasm, its like a dove made of rainbows came into the room. Its awesome. Even other women are like, Aw, shes having a nice time; thats cool. When a guy has an orgasm, its like the devil himself tore off his own face and snakes are pouring out of his red skull. Like, no matter how smooth your love making technique as a man is, eventually, youre going to be Jerry Lewis getting electrocuted.
#joke
Joke | Old joke from joke of the day archives - Check out other old jokes Sunday, 11 December 2011

A preacher visits an elderly woman from his congregation. As he sits on the couch, he notices a large bowl of peanuts on the coffee table.
"Mind if I have a few?" he asks.
"No, not at all!" the woman replied.
They chat for an hour and, as the preacher stands to leave, he realizes that instead of eating just a few peanuts, he emptied most of the bowl.
"I'm terribly sorry for eating all your peanuts. I really just meant to eat a few."
"Oh, that's all right," the woman says. "Ever since I lost my teeth, all I can do is suck the chocolate off them."
#joke
Joke | Old joke from joke of the day archives - Check out other old jokes Friday, 11 December 2015