Mother: "When I was your age,

Mother: "When I was your age, my mother used to hide money around the house for me that I would find only if I performed my chores particularly well. One time when I was cleaning out the cupboards for her, I found $20 under the old shelf paper."
Daughter: "Wow! What a cool idea! Why didn't you ever do that with me?"
Mother: "But my dear ... I have been."

Interest rates in Japan are co

An investment counselor decided to go out on her own. She was shrewd and diligent, so business kept coming in, and pretty soon she realized that she needed an in-house counsel. She began to interview young lawyers.
"As I'm sure you can understand," she started off with one of the first applicants, "in a business like this, our personal integrity must be beyond question." She leaned forward. "Mr. Peterson, are you an honest lawyer?"
"Honest?" replied the job prospect. "Let me tell you something about honest. Why, I'm so honest that my father lent me $15,000 for my education, and I paid back every penny the minute I tried my very first case."
"Impressive. And what sort of case was that?"
The lawyer squirmed in his seat and admitted, "He sued me for the money."

A man was walking down the street when he was accosted by a particularlydirty and shabby-looking homeless man who asked him for a couple of dollarsfor dinner.
The man took out his wallet, extracted ten dollars and asked, "If I giveyou this money, will you buy some beer with it instead of dinner?"
"No, I had to stop drinking years ago," the homeless man replied.
"Will you use it to gamble instead of buying food?" the man asked.
"No, I don't gamble," the homeless man said. "I need everything I can getjust to stay alive."
"Will you spend this on greens fees at a golf course instead of food?" theman asked.
"Are you NUTS!" replied the homeless man. "I haven't played golf in 20years!"
"Will you spend the money on a woman in the red light district instead offood?" the man asked.
"What disease would I get for ten lousy bucks?" exclaimed the homeless man.
"Well," said the man, "I'm not going to give you the money. Instead, I'mgoing to take you home for a terrific dinner cooked by my wife."
The homeless man was astounded. "Won't your wife be furious with you fordoing that? I know I'm dirty, and I probably smell pretty disgusting."
The man replied, "That's okay. It's important for her to see what a manlooks like after he has given up beer, gambling, golf, and sex." 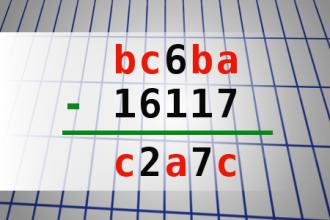