A guy is going on a tour of a

A guy is going on a tour of a factory that produces various latex products. At the first stop, he is shown the machine that manufactures baby-bottle nipples. The machine makes a loud "hiss-pop" noise. "The hiss is the rubber being injected into the mold," explains the guide. "The popping sound is the needle poking a hole in the end of the nipple."
Later, the tour reaches the part of the factory where condoms are manufactured. The machine makes a "Hiss. Hiss. Hiss" noise. but every so often there is a "Pop!" noise.
"Wait a minute!" says the man taking the tour. "I understand what the 'hiss, hiss,' is, but what's that 'pop' every so often?"
"Oh, it's just the same as in the baby-bottle nipple machine," says the guide. "It pokes a hole in every tenth condom."
"Well, that can't be good for the condoms!"
"Yeah, but it's great for the baby-bottle nipple business!"

Once a terrible golfer hit a ball onto an ant hill. He went over the ant hill to hit the ball. No matter how hard he tried, all the golfer managed to do was to hit the ant hill and kill many ants.
At last, only two ants remained. One turned to the other and said, “If we want to stay alive, we’d better get on the ball!”

Returning home from work, a bl...

Returning home from work, a blonde was shocked to find her house ransacked and burglarized. She telephoned the police at once a nd reported the crime. The police dispatcher broadcast the call on the radio, and a K-9 unit, patrolling nearby, was the first to respond.
As the K-9 officer approached the house with his dog on a leash, the blonde ran out on the porch, shuddered at the sight of the cop and his dog, then sat down on the steps. Putting her face in her hands, she moaned, 'I come home to find all my possessions stolen. I call the police for help, and what do they do? They send me a BLIND policeman!'

I saw a sign on this door; it said, Exit Only. So, I entered it and went up to the guy working there, and I was like, I have some good news. You have severely underestimated this door over here by, like, 100%, man.
#joke #short
Joke | Old joke from joke of the day archives - Check out other old jokes Monday, 07 February 2011

Three travelers, an American, a Russian, and an Egyptian, were circumnavigating the globe a la Jules Verne. The Russian man put his hand out and reached down into the clouds.

“How can you tell?” asked the American.

“I can feel the cold air.” he replied.

A few days later the African man put his hand through the clouds.

“Aah we're right over my homeland.” he said.

“How do you know that?” asked the Russian.

“I can feel the heat of the desert.”

Several more days later the American put his hand through the clouds.

“Aah, we're right over New York.” The Russian and the African were amazed.

“How do you know all of that?!” they exclaimed.

The American pulled his hand in and held it up for them to see. “My watch is missing.” 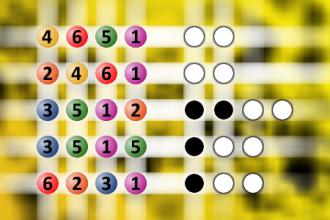 Contrary to popular belief, there is indeed enough Chuck Norris to go around.
#joke #short #chucknorris
Joke | Old joke from joke of the day archives - Check out other old jokes Tuesday, 07 February 2012