The insurance man was explaini

The insurance man was explaining the benefits of his policy over those of his competitors.
"If you fall from the eighty-fifth story of the Empire State Building, just for argument's sake, and if you hit the ground, we pay you double indemnity. We pay you $15 a week for as long as you live. And payments start from the time you leave the window, so that you're making money on the way down."

The opposite of isolate...
... is yousoearly.

Trying to control her frizzy and dry hair, Kay treated her scalp with olive oil before washing it. Worried that the oil might leave an odor than that her hair obviously needed it, she washed her hair several times with strong soap.

That night when Kay went to bed, she leaned over to her husband and asked, "Do I smell like olive oil?"

WANTED FOR ATTEMPTED MURDER (the actual AP headline)
Linda Burnett, 23, a resident of San Diego, was visiting her inlaws, and while there went to a nearby supermarket to pick up some groceries. Several people noticed her sitting in her car with the windows rolled up and with her eyes closed, with both hands behind the back of her head. One customer who had been at the store for a while became concerned and walked over to the car. He noticed that Linda's eyes were now open, and she looked very strange. He asked her if she was okay, and Linda replied that she'd been shot in the back of the head, and had been holding her brains in for over an hour. The man called the paramedics, who broke into the car because the doors were locked and Linda refused to remove her hands from her head. When they finally got in, they found that Linda had a wad of bread dough on the back of her head. A Pillsbury biscuit canister had exploded from the heat, making a loud noise that sounded like a gunshot, and the wad of dough hit her in the back of her head.
When she reached back to find out what it was, she felt the dough and thought it was her brains. She initially passed out, but quickly recovered and tried to hold her brains in for over an hour until someone noticed and came to her aid.
And, yes, Linda is a blonde.

When my son graduated from high school, he had to give a speech. He began by reading from his prepared text.
'I want to talk about my mother and the wonderful influence she has had on my life,' he told the audience. 'She is a shining example of parenthood, and I love her more than words could ever do justice.'
At this point he seemed to struggle for words. After a pause, he looked up with a sly grin and said, 'Sorry, but it's really hard to read my mother's handwriting.' 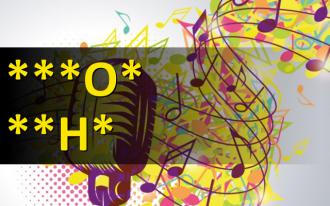