I hate telling people I'm a taxidermist.
If they ask what I do, I answer, "You know, stuff."

A man is talking to his best f

A man is talking to his best friend about married life.
"You know," he says, "I really trust my wife, and I think she has always been faithful to me. But there's always that doubt."
His friend says, "Yeah, I know what you mean."
A couple of weeks later the man has to go out of town on business. Before he goes, he gets together with his friend. "While I'm away, could you do me a favor? Could you watch my house and see if there is anything fishy going on? I mean, I trust my wife but there's always that doubt."
The friend agrees to help out, and the man leaves town. Two weeks later he comes back and meets his friend.
"So did anything happen?"
"I have some bad news for you," says the friend.
"The day after you left I saw a strange car pull up in front of your house. The horn honked and your wife ran out and got into the car and they drove away. Later, after dark, the car came back. I saw your wife and a strange man get out. They went into the house and I saw a light go on, so I ran over and looked in the window. Your wife was kissing the man. Then he took off his shirt. Then she took off her blouse. Then they turned off the light."
"Then what happened?" says the man.
"I don't know. It was too dark to see."
"Damn, you see what I mean? There's always that doubt."

When the waitress in a New York City restaurant brought him the soup du jour, the Englishman was a bit dismayed. "Good heavens," he said, "what is this?" "Why, it's bean soup," she replied. "I don't care what it has been," he sputtered. "What is it now?"

#joke
Joke | Old joke from joke of the day archives - Check out other old jokes Thursday, 28 May 2015

Little Tony was staying with h

Little Tony was staying with his grandmother for a few days. He'd beenplaying outside with the other kids for awhile when he came into thehouse and asked her, "Grandma, what is it called when 2 people are sleepingin the same room and one is on top of the other?"
She was a little taken aback, but decided to tell him the truth. "It'scalled sexual intercourse, darling."
Little Tony just said, "Oh, OK" and went back outside to the otherkids.
A few minutes later he came back in and said angrily, "Grandma, it isnot called sexual intercourse! It's called Bunk Beds! And Jimmy's Mom wantsto talk to you right now."

#joke
Joke | Old joke from joke of the day archives - Check out other old jokes Saturday, 09 May 2015

A guy gets on a plane and finds himself seated next to a cute blonde.
He immediately turns to her and makes his move.
"You know," he says, "I've heard that flights will go quicker if you strike up a conversation with your fellow passenger.
So let's talk."
The blonde, who had just opened her book, closes it slowly and says to the guy, " What would you like to discuss?"
"Oh, I don't know,"says the guy.
"How about nuclear power?"
"OK," says the blonde.
"That could be an interesting topic.
But let me ask you a question first.
A horse, a cow, and a deer all eat the same stuff--grass.
Yet the deer excretes little pellets, the cow turns out a flat patty, and the horse produces muffins of dried poop. Why do you suppose that is?"
The guy is dumbfounded. Finally he replies, "I haven't the slightest idea."
"So tell me," says the blonde, "How is it that you feel qualified to discuss nuclear power when you don't know shit?
#joke #blonde
Joke | Old joke from joke of the day archives - Check out other old jokes Saturday, 09 May 2009 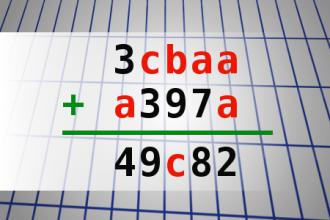 A guy and a girl are lying in a dorm-room bed after just having sex.

The guy lies on his side of the bed and rests.

The girl rolls to her side of the bed and says to herself, "I finally did it! I'm no longer a virgin."

The guy overhears her talking to herself and asks, "Are you saying you lost your virginity to me?"

"Well," the girl explains, "I always wanted to wait until I was with the man I love to lose my virginity."

Astounded, the guy replies, "So you really love me?"

#joke
Joke | Old joke from joke of the day archives - Check out other old jokes Wednesday, 09 May 2012

Reaching the end of a job interview, the Human Resources Person asked a young Engineer fresh out of MIT, "And what starting salary were you looking for?"

The Engineer said, "In the neighborhood of $125,000 a year, depending on the benefits package."

The interviewer said, "Well, what would you say to a package of 5 weeks vacation, 14 paid holidays, full medical and dental, a company matching retirement fund for 50% of your salary, and a company car leased every 2 years -- say, a red Corvette?"

The Engineer sat up straight and said, "Wow! Are you kidding?"

And the interviewer replied, "Yeah, but you started it."

#joke
Joke | Old joke from joke of the day archives - Check out other old jokes Tuesday, 09 May 2017

I tried phone sex once, but the holes were too small.